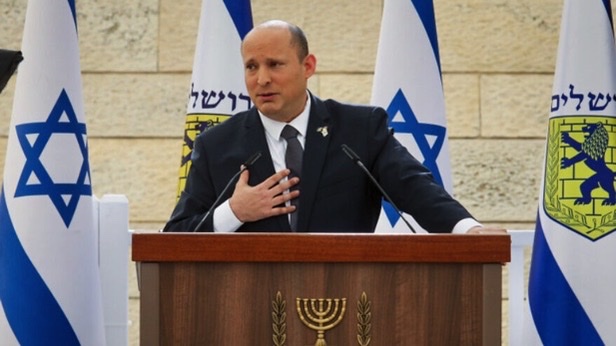 Bennett: We will strike not only terrorists but those who send them

Israeli Prime Minister Naftali Bennett vowed on Wednesday to strike back not only at terrorists but at those who dispatch them, including those “a thousand kilometers east of here.”

In a thinly veiled warning to Iran, Bennett said in his Memorial Day speech at Mount Herzl in Jerusalem that those who send terrorists to attack Israel “have already begun to pay the price, and this will only increase.”

Israel’s enemies, he said, “will encounter more and more initiative, attacks and innovation. If we will have to fight a new conflict, we are determined to arrive ready, trained, surprising our enemies and not being surprised, and to strike the enemy with a powerful, decisive blow.”

Violence and terrorism, said the prime minister, were not a natural phenomenon or inevitable fate that the State of Israel had to accept.

“Our enemies will [[one day] understand the degree to which their dream of destroying us is hopeless,” he said.