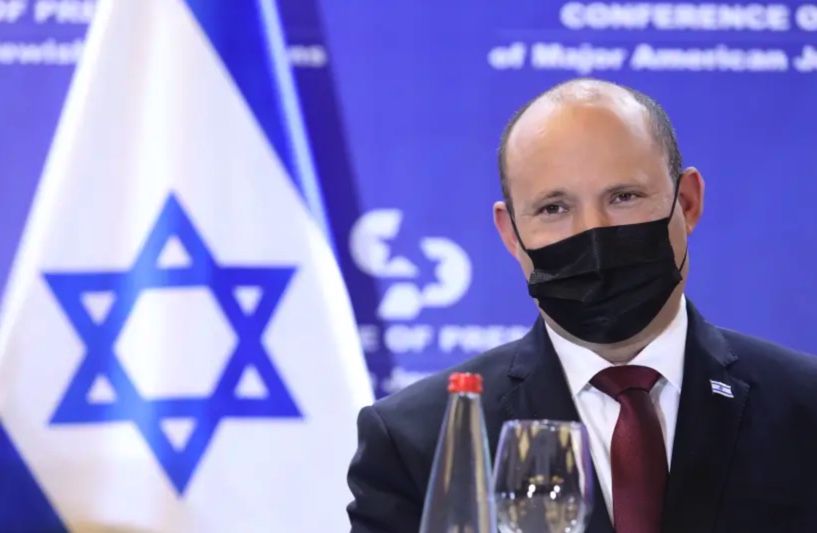 Bennett on Iran talks: There is no sunset clause on Israel’s security

Israel will not be limited by an agreement between world powers and Iran at any time, Prime Minister Naftali Bennett said on Tuesday.

“The agreement does not obligate us, and the date in another two-and-a-half years, which allows Iran to install countless centrifuges, certainly doesn’t obligate us,” Bennett said in a speech at Mossad headquarters.

According to the Joint Comprehensive Plan of Action, the revival of which world powers and Iran have been negotiating in Vienna, much of the restrictions on Iran’s nuclear program and the sanctions on the Islamic Republic would be lifted in 2025. The easing of sanctions is known as a “sunset clause.”

“For us, there is no such thing as ‘sunset,’” Bennett said. “The sun will never set on the security of Israel and the good of its citizens.”

Referring to the war in Ukraine, Bennett said that “when the world turns dark and dangerous, almost overnight, there is a growing recognition in all of us of the importance of strength.”

“The great, monumental mission on the shoulders [of the Mossad] is to prevent a nuclear Iran,” he said. “It is a mission you have been grappling with for many years, but it looks like we are nearing the moment of truth.”