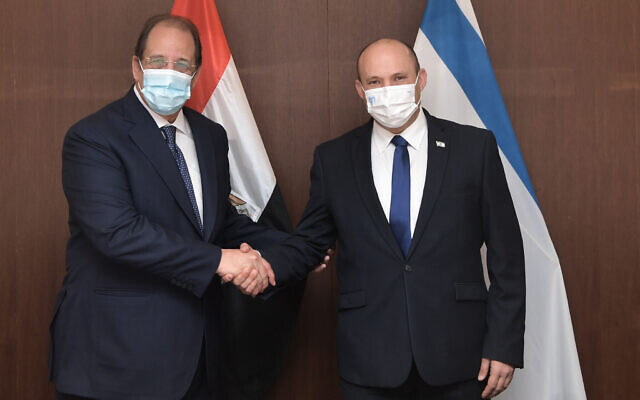 The invitation was relayed to Bennett by Egyptian General Intelligence Directorate chair Abbas Kamel, who was visiting Jerusalem for talks with the prime minister and Defense Minister Benny Gantz.

The meeting with the Egyptian spy chief was the first since Bennett took office in June.

Bennett and Sissi had previously agreed to meet when they spoke by phone shortly after Bennett’s government was sworn in.

The visit would be the first public visit by an Israeli premier since 2011, when prime minister Benjamin Netanyahu met with president Hosni Mubarak in the Sinai resort city of Sharm el-Sheikh. Netanyahu also reportedly paid a secret, unofficial visit in 2018.