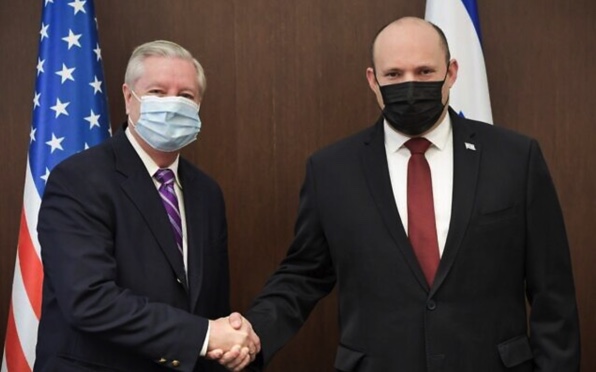 Prime Minister Naftali Bennett met with US Senator Lindsey Graham at the Prime Minister’s Office in Jerusalem on Monday morning.

Their discussion focused on “the Iranian threat, which is faced by both Israel and the US, and ways to deal with it,” according to a readout by the PMO.

“They also discussed the security challenges in the Middle East and ways to strengthen bilateral cooperation,” the statement added.

After the meeting, Bennett thanked Graham, a Republican, for being “a true friend of Israel in both good times and in more challenging moments.”

The meeting came as Iran on Monday said talks with world powers in Vienna to restore the 2015 nuclear deal are “complicated and difficult” but have not hit an impasse.