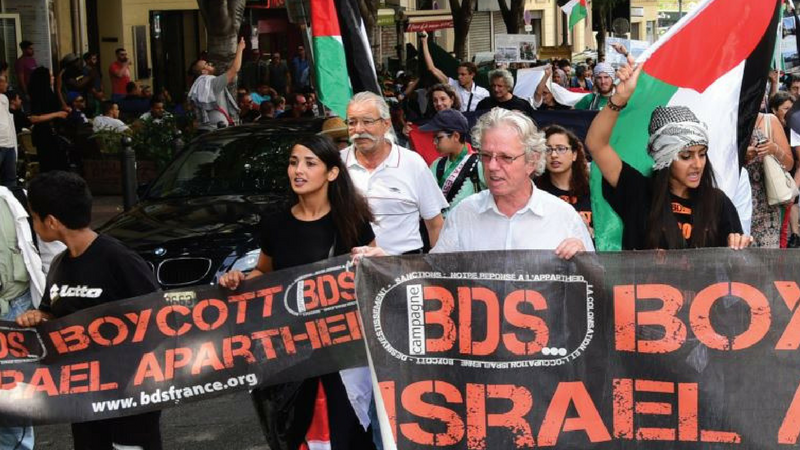 BDS: In Their Own Words

BDS proponents often present their case to students in terms of peace and justice; however, this masks the real agenda of seeking to destroy Israel rather than simply improve the lives of Palestinians and help them achieve independence. The true aims of BDS become clearer when the views of the movement’s leaders are examined. As the examples below demonstrate, they oppose a two-state solution or any other resolution to the conflict that would recognize the right of the Jewish people to self-determination in their homeland.

“Ending the occupation doesn’t mean anything if it doesn’t mean upending the Jewish state itself…BDS does mean the end of the Jewish state. But can’t I see the value in reaching across the aisle, so to speak? The movement may be burgeoning but remains too small. Why shouldn’t we indulge in ad hoc partnerships to get things done? Richard Silverstein, Richard Goldstone, and many other self-proclaimed Zionists have done an immeasurably positive amount of work in skinning the Zionist cat (That’s a deliberate analogy. I don’t kid myself about how difficult it must be for a Jewish person to criticize the Zionist state), shouldn’t they be asked to join the BDS movement?

To be sure, I’m not dogmatically against cooperating with people whose views I find objectionable. If it came down to it, I’d be happy to work with the racist up the street to get the city to fix a neighborhood pothole.”

“BDS represents three words that will help bring about the defeat of Zionist Israel and victory for Palestine.”

“[Israel] was Palestine, and there is no reason why it should not be renamed Palestine.”

–Omar Barghouti, Founder, Palestinian Campaign for the Academic and Cultural Boycott of Israel

“[Palestinians have a right to] resistance by any means, including armed resistance. [Jews] aren’t indigenous just because you say you are….[Jews] are not a people…the UN’s principle of the right to self-determination applies only to colonized people who want to acquire their rights. ”

“Going back to the two-state solution, besides having passed its expiry date, it was never a moral solution to start with.We are witnessing the rapid demise of Zionism, and nothing can be done to save it, for Zionism is intent on killing itself.”

“Good riddance! The two-state solution for the Palestinian-Israeli conflict is finally dead. But someone has to issue an official death certificate before the rotting corpse is given a proper burial and we can all move on and explore the more just, moral and therefore enduring alternative for peaceful coexistence between Jews and Arabs in Mandate Palestine: the one-state solution.”

“(The one state solution means) a unitary state, where, by definition, Jews will be a minority.”

“I am completely and categorically against binationalism because it assumes that there are two nations with equal moral claims to the land.”

“If the refugees were to return, you would not have a two-state solution, you’d have a Palestine next to a Palestine.”

“The ‘two state solution,’…as dictated by Israel, omits basic Palestinian rights…[and] would be yet another act of British complicity in bestowing legitimacy on Israel’s unjust order.”

“[Jews] did not suffer in Arab countries. There were no pogroms. There was no persecution.”

“The BDS movement was launched because of the ongoing failure to protect the rights of the Palestinian people. Some of these rights were frittered away: The Right of Return is in danger, the right of our people to the 1948 lands is in danger, and even the right of our people to the 1967 lands. Some of these rights are ignored. The BDS movement was created in 2005, in order to focus on the elimination of the occupation, on the elimination of the system of racial segregation – the Israeli apartheid – and on the right of the refugees to return to the homes from which they were expelled.”

“I clearly do not buy into the two-state solution.”