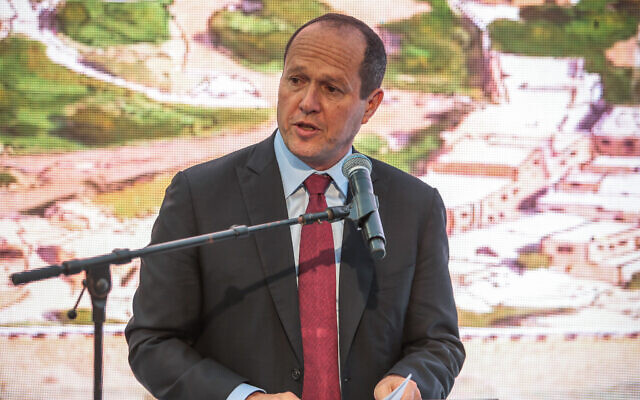 Likud MK Nir Barkat on Wednesday asked US Ambassador David Friedman for Washington to apply strict sanctions on Turkey in light of a newspaper report that said Turkish authorities are allowing Hamas terrorists to plan attacks on Israel from their territory, including a past plot to assassinate him.

Barkat said in a statement that he had spoken with Friedman and requested that the US lead international action against Turkey as it has done against Iran.

“Once again, we have confirmation for the fact that Turkey supports terror and provides a warm home for Hamas and anyone who wants to harm Israel,” Barkat said “It is not the first time that I have heard about a [terror] cell like this, but this time we understand that the Turks were actually helping them.”

Barkat said he intends to act so that “the US will lead a process of severe international sanctions on Turkey which is a terror-supporting regime just like Iran.”

After Washington last year pulled out of a 2015 nuclear agreement between Iran and several world powers, the US slapped stiff sanctions on Iran, particularly targeting its oil exports, which have ravaged the Iranian economy.

According to British daily The Telegraph, citing Israeli police sources and offering a wealth of details, recent interrogations of terror suspects by Israeli officials revealed that Hamas operations in Jerusalem and the West Bank are being actively directed from Istanbul, while Turkish authorities turn a blind eye.

One such operation cited by the paper in a report published Tuesday was a plot to assassinate senior Israeli officials, including the mayor of Jerusalem and the national police commissioner, by 23-year-old East Jerusalem resident Adham Muselmani, who was recruited to the cause in a meeting in Istanbul.

According to the paper, Muselmani, who was arrested by the Shin Bet while trying to purchase a pistol, had met with a handler in Istanbul, who suggested he try to kill then-Jerusalem mayor Barkat, then-MK and Temple Mount activist Yehudah Glick, or then-police chief Roni Alsheich.

Former MK Glick told Army Radio in an interview that Hamas and Turkish President Recep Tayyip Erdogan have “put a finger on the center point of the world, on Jerusalem, which for them symbolizes control of the Middle East.”

Glick was shot and seriously injured in a 2014 assassination attempt by Mutaz Hijazi, a member of the Palestinian Islamic Jihad terror group, a key rival of Hamas. Hijazi was killed in a shootout with police days after the attack on Glick.

The Telegraph report comes shortly after Erdogan hosted Hamas leader Ismail Haniyeh in Istanbul on Saturday, telling him, “We will keep on supporting our brothers in Palestine.” Hamas in turn praised Turkey for its “positions vis-a-vis the Palestinian people and its just cause” in a news report on its website.

Israel has long complained to Ankara about its ties to Hamas, but to no avail, according to the report. Israeli officials told The Telegraph that Turkey has now reneged on its 2015 commitment, negotiated by the US, not to allow Hamas officials to plot terror attacks against the Jewish state from its territory.

The paper noted that contacts between Turkish and Hamas officials are ongoing and intimate, with Turkish intelligence agency MIT working closely with the main conduit for the relationship, Hamas official Jihad Ya’amor.

Both Turkey and Hamas denied the Tuesday report. A Turkish diplomatic official said Hamas was “not a terrorist organization” and insisted no attacks were being planned from Turkey.

Turkey has long maintained warm ties with Hamas, which have grown more overt as ties with Israel have chilled over the last decade.

Hamas and Erdogan’s AKP party are linked politically. Both have close ideological ties to the Egyptian Muslim Brotherhood movement.

Despite tensions with Washington over Turkey’s purchase of Russian arms, Erdogan maintains close ties with US President Donald Trump, whose administration on Tuesday declined to back the Senate’s recognition of the Armenian genocide, in what was seen as a bid to placate Ankara.

However, in October, Trump threatened to “obliterate” the Turkish economy if Ankara did anything “off limits” in Syria following a US troop withdrawal. Turkey nonetheless invaded Kurdish held areas in northeast Syria in a military campaign against Kurdish militias it considers terror groups. Trump later imposed some financial sanctions which were lifted by the end of the month when a ceasefire agreement was reached.