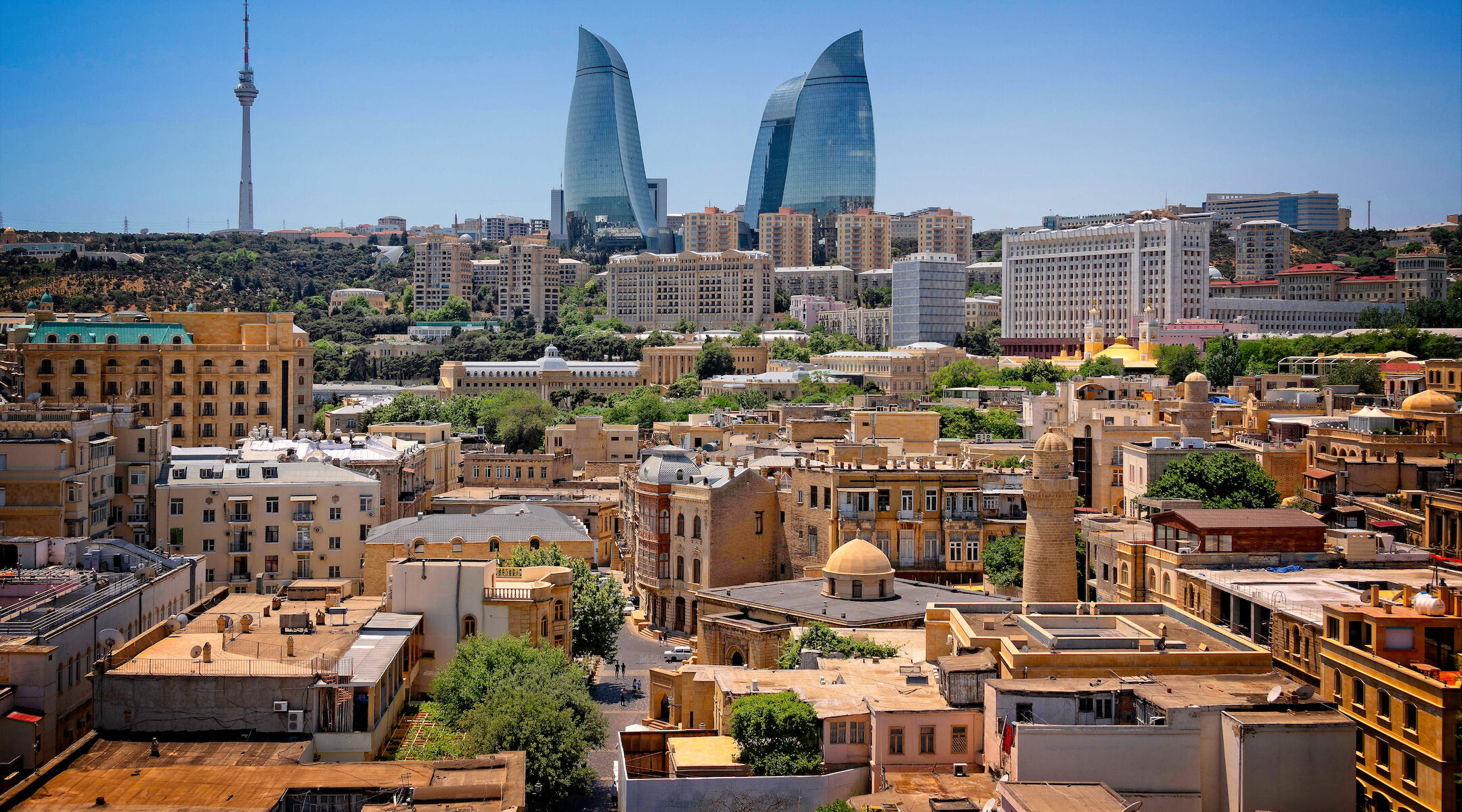 Azerbaijan’s trade office in Tel Aviv, opened on Thursday, is a stepping stone to the central Asian Muslim country opening an embassy in Israel, according to the Jerusalem Post. The countries began their diplomatic relations in 1992, and Israel has an embassy in Baku, Azerbaijan’s capital.

Trade between the two countries is at least $200 million, according to the Post.

The trade office opening comes amid a flurry of diplomatic activity between Israel and other mostly Mulsim countries. Last year, four Muslim countries announced they would normalize relations with Israel — the United Arab Emirates, Bahrain, Morocco and Sudan. Yair Lapid visited the UAE last month, the first-ever visit to the country by an Israeli foreign minister. Lapid will also make a first-ever visit to Morocco next month.

Lapid opened an embassy in the UAE and will open a diplomatic mission in Morocco as well. Direct flights between Israel and Morocco also recently began.