Australia signs on to US-led mission to protect Hormuz shipping 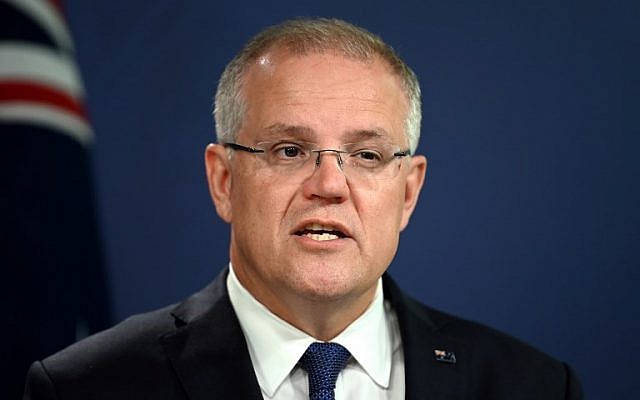 CANBERRA, Australia — Australia has joined Britain and Bahrain in signing onto a US-led maritime security mission to protect international shipping in the Strait of Hormuz amid tensions with Iran, the country’s prime minister said Wednesday.

Australia will contribute troops, a surveillance plane and a Navy frigate to protect the shipping lanes from Iran, Prime Minister Scott Morrison said.

The “modest, meaningful and time-limited” contribution was in Australia’s national and economic interests, he said. At least 15 percent of crude oil and up to 30% of refined oil destined for Australia transits through the Persian Gulf.

The British Defense Ministry announced this month that Royal Navy vessels will work alongside the US Navy to escort vessels through the busy strait off Iran’s coast, which has become a flashpoint for tensions between Tehran and the West. The US has been asking its allies to take part in a naval mission to protect shipping in the strait, though other European nations have expressed reservations.

Morrison said the Australian warship will be redirected from an anti-piracy operation in the Middle East, while the troops will be based in the headquarters that are coordinating the US-led maritime security mission.