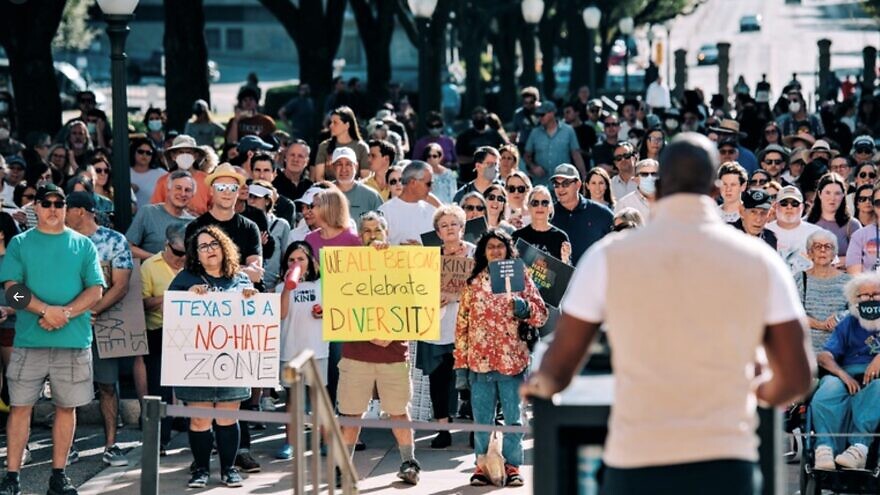 Several hundred people gathered on the steps of the Texas State Capitol in Austin on Sunday to show their support for the Jewish community and help spread kindness in the wake of a string of anti-Semitic incidents, including an arson fire outside a local synagogue.

Called the “Rally for Kindness,” it was organized by ATXKind, a grassroots group of Jewish women, and with the help of the local Jewish federation, Shalom Austin, and the local branch of the Anti-Defamation League.

“We wanted to create a space for the Central Texas community to stand together in solidarity and process what has taken place in recent weeks,” said Mariette Hummel, one of the founders of ATXKind, a grassroots group of six Jewish women from Austin. “The rally offered an opportunity for all to be together to unite and heal, and move from anger into action. We will continue our work to bring people together, and encourage kindness and inclusive action.”

Rabbi Steven Folberg of Congregation Beth Israel told rally-goers that repairs to his synagogue may reach upwards of $150,000 after an arsonist tried to set it ablaze on Oct. 31, and it remains unclear how much insurance will cover. Last week, police arrested an 18-year-old for the crime.