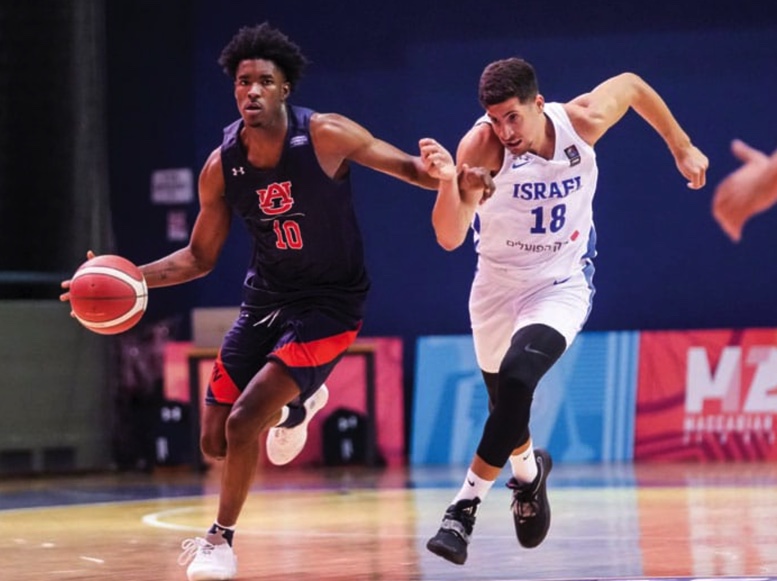 The Auburn University Men’s Basketball team just completed a visit to Israel, becoming the first major American college basketball program to do so.

The trip had been a long-term goal for the team’s head coach, Bruce Pearl. In 2009, Pearl was the coach of the United States men’s basketball team in Israel at the Maccabi Games. The team won gold, and that would also be Coach Pearl’s first of several subsequent visits to Israel.

“I’m a Jewish American basketball coach and I’m a proud Zionist,” Pearl, 62, told The Journal. “Israel loves basketball and Israeli basketball’s really good. They pay well, have a great, great following and obviously it’s a country that has a great relationship with the United States. They love us and therefore they love the athletes that go [to Israel].”

“Coach Pearl and Auburn University deserve a lot of credit for taking the basketball team to Israel,” said Boris Zilberman, Director of Public Policy and Strategy at the Christians United For Israel Action Fund. “Such an opportunity not only allows for growth on the court but, more importantly, off it. Seeing Israel firsthand and experiencing its rich history and diverse cultures is not something that can be replicated in a classroom. As an Alabama alumnus, I can only hope other universities in the Southeastern Conference take note and follow in the Tigers’ footsteps.”