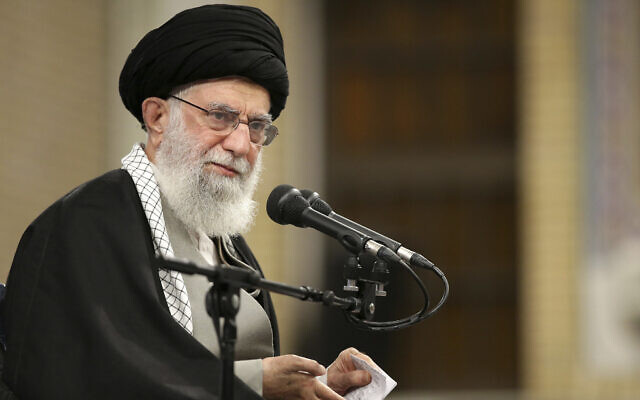 Twitter sparked a row with US President Donald Trump this week by flagging two of his tweets for misinformation, but the social media firm appears to have left alone Iran’s supreme leader, despite an appeal from Israel to suspend his account over its “anti-Semitic and genocidal” messages.

Strategic Affairs Minister Orit Farkash-Hacohen sent a letter to Twitter CEO Jack Dorsey on Monday calling for the “immediate suspension” of Ayatollah Ali Khamenei’s account “over his consistent posting of anti-Semitic and genocidal posts,” her ministry said in a statement.

“Examples of such include Khamenei calling for the ‘elimination’ of the ‘Zionist entity’ while asserting the ‘Zionist regime is a deadly, cancerous growth,’ which must ‘be uprooted and destroyed,’” the letter read.

Farkash-Hacohen said Khamenei had used the platform to praise terror groups including Hamas, Hezbollah and Islamic Jihad in violation of the company’s policies.

As of Friday morning the tweets remained on Khamenei’s feed and Dorsey was not known to have offered a response to Farkash-Hacohen’s letter.

Twitter for the first time on Tuesday labeled two of Trump’s tweets, on the increasingly contentious topic of mail-in voting, with fact-check notices, calling them misleading.

Trump had tweeted — without any evidence — that more mail-in voting would lead to what he called a “Rigged Election” this November.