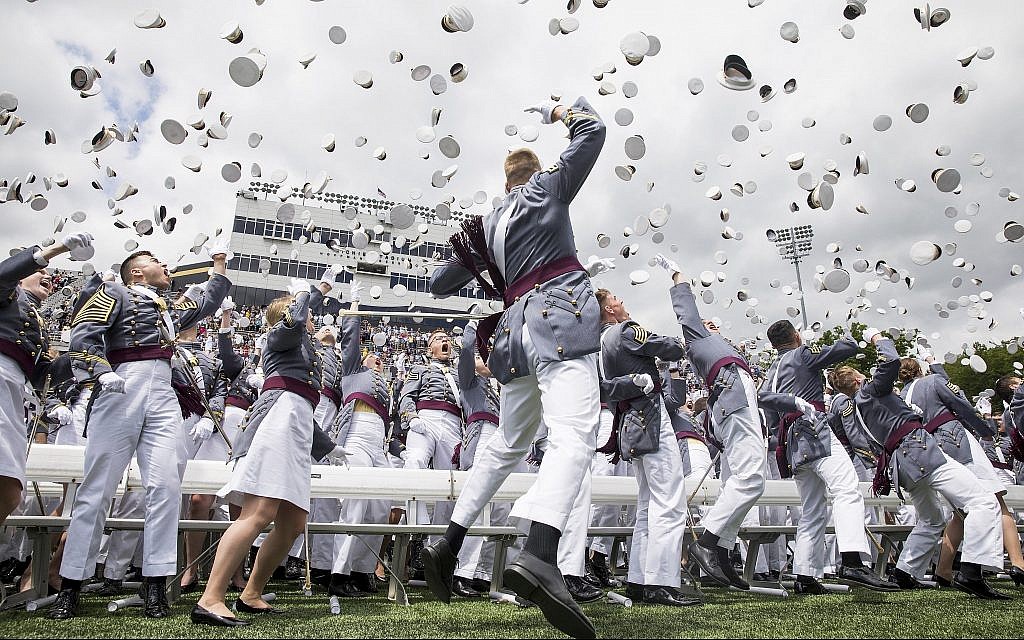 WEST POINT, New York — When West Point graduated its 1,000th Jewish cadet Saturday, it was more than a historical moment.

For the 12 Jewish cadets graduating this year out of a class of 980, and the hundreds of Jewish alumni before them, this milestone shows how much Jewish life has grown here since the military academy’s 1802 founding.

The achievement came amid another first for the academy — this year’s graduating class became most diverse in West Point’s history, with a record-setting 34 African American women receiving their degrees.

When 2nd Lt. Noah Carlen, 22, came to West Point four years ago, he found himself in the unique position of living with two roommates who had never met a Jewish person. For someone who grew up in Newton, Massachusetts, which has a large Jewish community, it was an eye-opening, but not unpleasant, experience.

In fact, it inspired the former Boy Scout — and only student from his high school to attend a service academy — to engage with his academy’s small Jewish population.

“Here you don’t have to choose between being Jewish and being American,” said Carlen, who is branching into Air Artillery Defense and will be posted in Korea.