As ceasefire goes into effect, Netanyahu says Gaza campaign not over 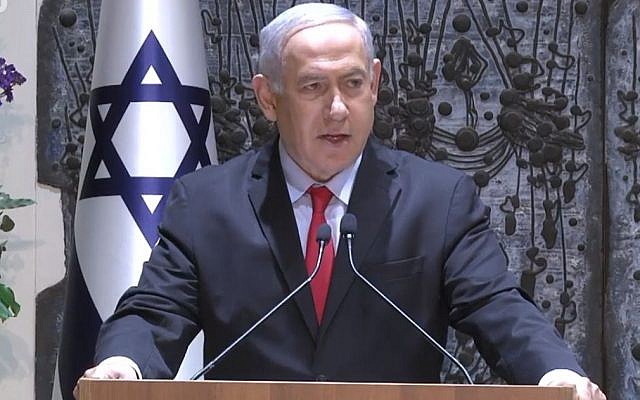 Prime Minister Benjamin Netanyahu on Monday commented on reports of an Egyptian-brokered ceasefire deal in Gaza, after two days of fighting in which four Israelis were killed, saying that Israel was readying for further confrontations with terrorist groups in the coastal enclave.

“Over the past two days, we have hit Hamas and Islamic Jihad with great force, attacking over 350 targets and terrorist leaders and activists, and destroying terrorist infrastructure,” Netanyahu said in a statement.

“The campaign is not over and requires patience and judgment. We are preparing to continue,” the prime minister added. “The goal was and remains to ensure the peace and security of the residents of the south. I send condolences to the families and wish a speedy recovery for the wounded.”

A spokesperson for Hamas similarly said, in response to the prime minister’s statement, that although the recent flareup in violence had come to an end, the wider conflict would continue.

“The resistance managed to deter the IDF,” said Sami Abu Zuhri, according to the Kan public broadcaster, referring to the Gaza terror groups. “Our message is that this round is over, but the conflict will not end until we regain our rights.”