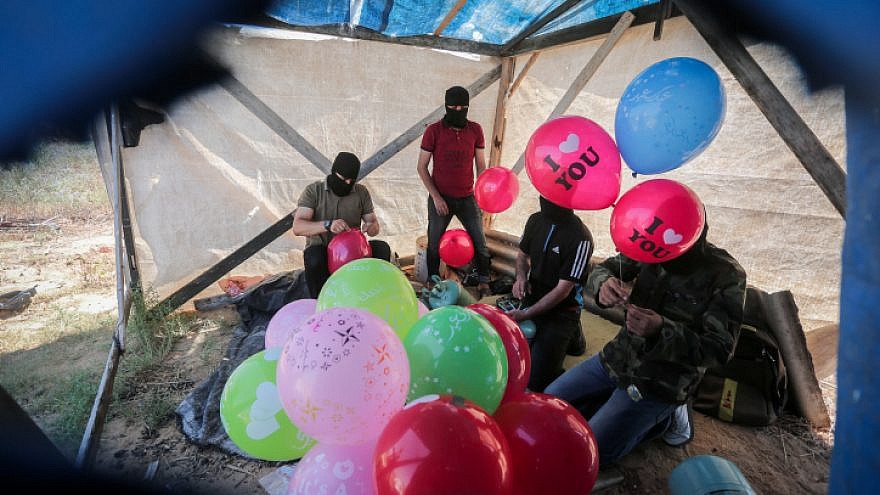 (August 8, 2019 / Israel Hayom) A fire that broke out on Wednesday in the Gaza-adjacent Simhoni forest was the result of an arson balloon flown over the Gaza border fence, an arson investigator from the Ashkelon Fire and Rescue Service determined on Wednesday.

The incident marked the first fire in the area to be caused by an arson balloon from Gaza in about a month.

During the meeting, Kochavi said that the IDF was using every tool at its disposal to put a stop to arson terrorism from the Gaza Strip. He also briefed the local authority heads on the situation in Gaza and provided an overview of the terrorist organizations active there.

The meeting touched on common goals and discussed continued cooperation between the IDF and Gaza border communities.