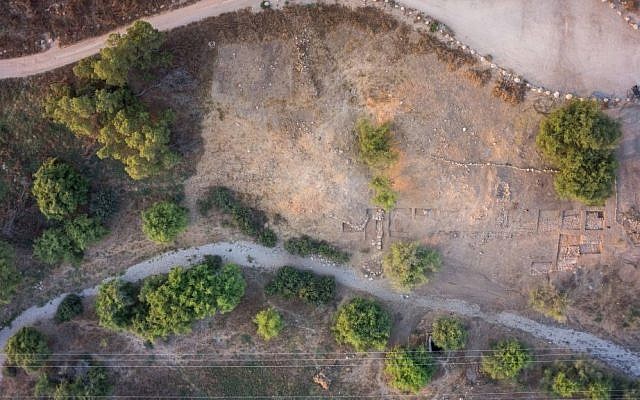 Monumental Iron Age remains from the ancient Philistine city of Gath, once the home of the legendary biblical giant Goliath, surfaced this summer during excavations by a Bar-Ilan University-led team of archaeologists.

Gath, one of the five cities of the ancient foes of the Israelites, was one of the largest cities in the region in the 10th and 9th centuries BCE. The Old Testament describes Gath as the home of Goliath, the enormous warrior killed with a slingshot by the young Israelite David who would go on to found a dynasty of kings.

“We knew that Philistine Gath in the tenth to ninth century (BCE) was a large city, perhaps the largest in the land at that time,” excavation leader Professor Aren Maeir told Live Science. “These monumental fortifications stress how large and mighty this city was.”

According to Maeir, the monumental gate is among the largest ever found in Israel and confirms that Gath was one of the most influential cities in the region at the time.

Near the gate, Maeir’s team also unearthed the remains of the city’s extensive fortification wall, a Philistine temple, ironwork and pottery.

While the pottery bears hallmarks of the distinctive Philistine style, elements of Israelite techniques can be seen on the fragments as well, indicating there was more interaction between the two cultures than previously thought.

“This mirrors the intense and multifaceted connections that existed between the Philistines and their neighbors,” Maeir said.

The archaeologists also found evidence of widespread destruction resulting from a massive earthquake in the 8th century BCE, in what the team says could be the disaster mentioned in the Old Testament Book of Amos.

Though archaeologists have been excavating the site since 1899, experts have only recently realized how expansive the Iron Age site was.

Among other notable discoveries made over 20 years of excavations at the site was the earliest decipherable Philistine inscription, containing two names similar to that of the Biblical character Goliath.