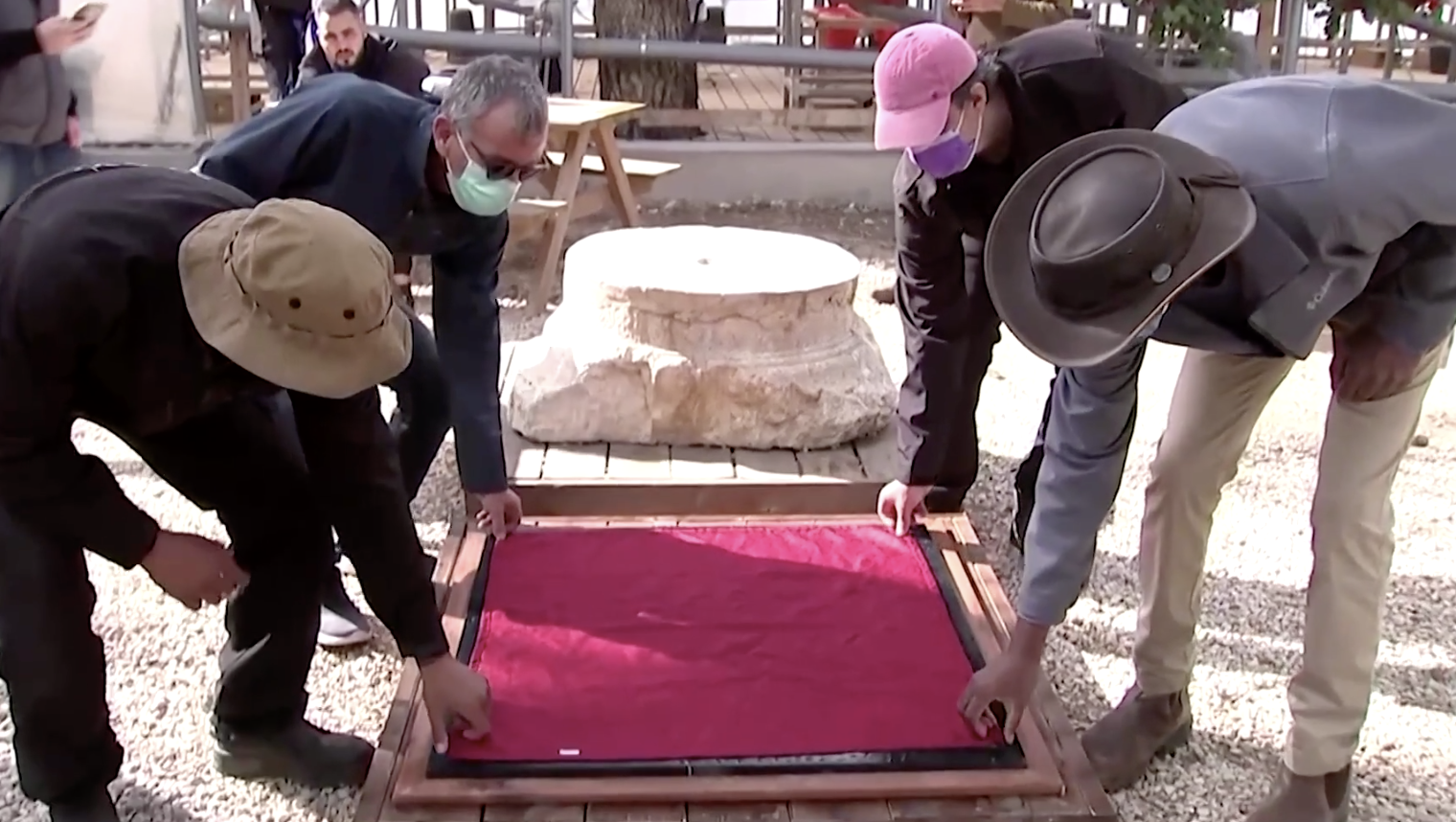 When Jesus strode through the ancient Jewish temple in Jerusalem, his feet met hewn-stone, earth-tone tiles that were geometric in design and cool, dappled and scuffed to the touch.

Such is the understanding of Israeli archaeologists and masons who, drawing on relics and historical texts, have recreated the sacred flooring, so it can be experienced today.

“We even made the scratches and all kind of marks that created the same appearance as it used to look like at the time,” archaeologist Assaf Avraham told Reuters near the one- meter square, ankle-high replica on the Mount of Olives, overlooking Jerusalem’s Old City and holy sites.

According to the New Testament, Jesus went to the temple as a boy for pilgrimage and study and, as an older preacher, cast out its money-changers in anger. The Gospel of John describes him “walking in the temple in the portico of Solomon.”

The temple was designed by King Herod, as were other grand structures in Roman-era Judea. Surviving tiles from those ruins told the archaeologists what materials had been used – hand-tooled limestone and Dead Sea stone, as well as imported marble – and that the inlay had been the ornate “Opus Sectile” style.

Josephus Flavius, a Jewish historian of the period, wrote that temple courts were “laid with stones of all sorts,” another indication the tiles were of various colors and textures.