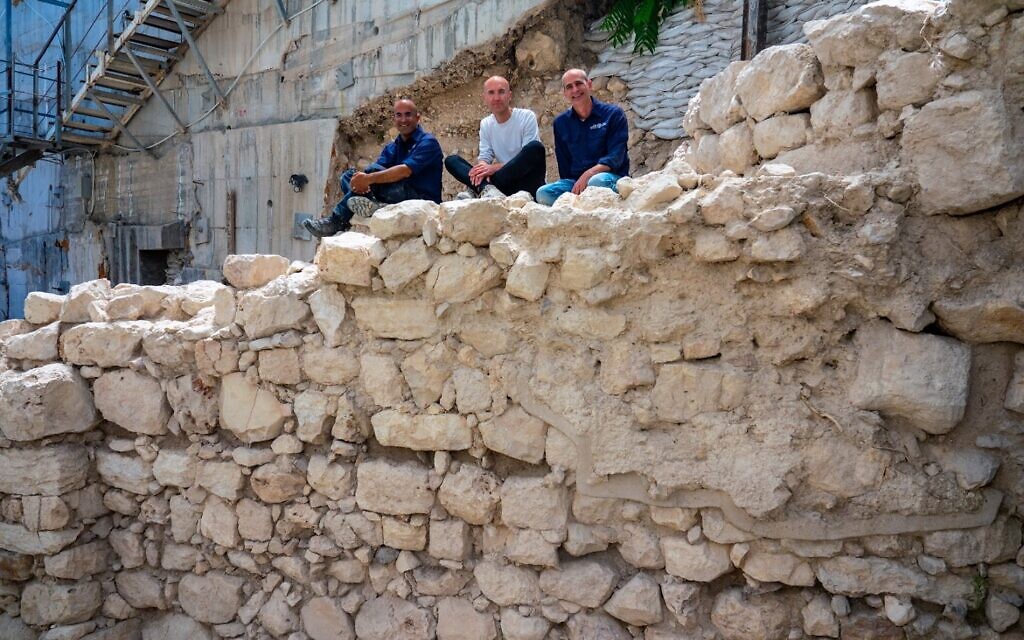 A section of Jerusalem’s city wall built some 2,700 years ago and mostly destroyed by the Babylonian army in 586 BCE was uncovered by archaeologists in the City of David National Park, the Antiquities Authority (IAA) announced Wednesday.
The massive structure – some 5 m. wide – was built on the steep eastern slope leading to the city, just a few dozen meters away from the Temple Mount.
Probably the steepness of the area preserved the structure from destruction during the Babylonian conquest – a vivid account of which is offered in the Bible – since the invading army likely accessed the city from an easier path.
“By the ninth day [of the fourth month] the famine had become acute in the city; there was no food left for the common people. Then [the wall of] the city was breached…. On the seventh day of the fifth month – that was the 19th year of King Nebuchadnezzar of Babylon – Nebuzaradan, the chief of the guards, an officer of the king of Babylon, came to Jerusalem. He burned the House of the Lord, the king’s palace, and all the houses of Jerusalem; he burned down the house of every notable person,” reads the last chapter of the Book of Kings II.