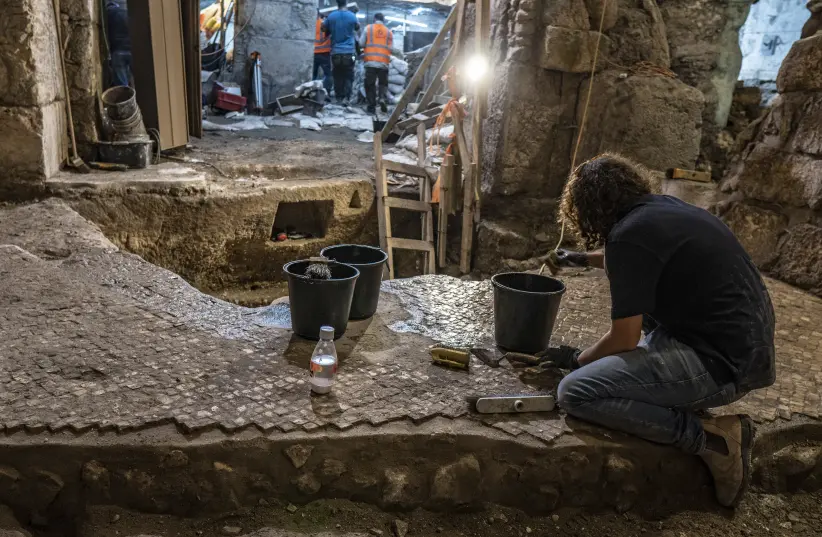 A unique system of underground rooms dating back to 2000 years ago were discovered by a group of archaeologists just adjacent to the Western Wall in the Old City of Jerusalem, under the lobby of the Western Wall tunnels in the “Beit Straus” complex.

The rare discovery sheds light on Jewish life in the holy city ahead of the destruction of the Second Temple, as explained in a joint announcement by the Israel Antiquities Authority and the Western Wall Heritage Foundation ahead of Jerusalem Day.

The complex features two rooms and an open courtyard and contained several every-day objects. The researchers suggested several possible purposes for the spaces, from food storage to residential place.

The structure was sealed later in the Byzantine period under the floors of a large building about 1,400 years ago and was left untouched for centuries.

“This is a unique finding,” said Dr. Barak Monnickendam-Givon and Tehila Sadiel, directors of the excavation on behalf of the Israel Antiquities Authority, according to a press release. “This is the first time a subterranean system has been uncovered adjacent to the Western Wall.  You must understand that 2,000 years ago in Jerusalem, like today, it was customary to build out of stone.  The question is, why were such efforts and resources invested in hewing rooms underground in the hard bedrock?”