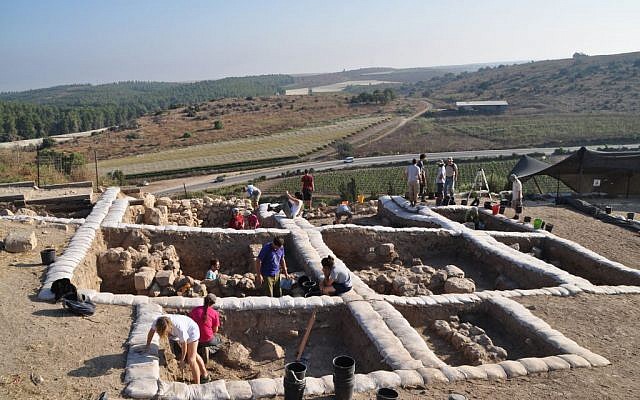 An archaeologist has recently uncovered a fortified wall in the ancient city of Lachish, a discovery he said shores up the biblical account of the site and suggests that a centralized kingdom ruled by King David and his descendants was founded and expanded earlier than previously believed.

Prof. Yosef Garfinkel, head of the Hebrew University of Jerusalem’s Institute of Archaeology, announced the find at a conference two weeks ago, according to the Haaretz newspaper on Tuesday.

The discovery, he argued, bolsters the biblical account in the book of Chronicles of the city under 10th century BCE King Rehoboam’s reign, which says: “And Rehoboam dwelt in Jerusalem, and built cities for defense in Judah: He built even Bethlehem, and Etam, and Tekoa, and Beth-zur, and Soco, and Adullam, and Gath, and Mareshah, and Ziph, and Adoraim, and Lachish, and Azekah, and Zorah, and Aijalon, and Hebron, which are in Judah and in Benjamin, fortified cities.”

“During the Late Bronze Age, Lachish was a very large, grand Canaanite city. Then in the 12th century B.C.E., it was destroyed, and stood waste for 200 or 250 years,” said Garfinkel. “The big question for research in the city is what happened in Layer 5 [of the early period] of the Iron Age: Is that a fortified city, or a village? If it was a city, when was it built? Some say, in the time of David and Solomon, in the early 10th century. Others think it was only built in the late 9th century.”