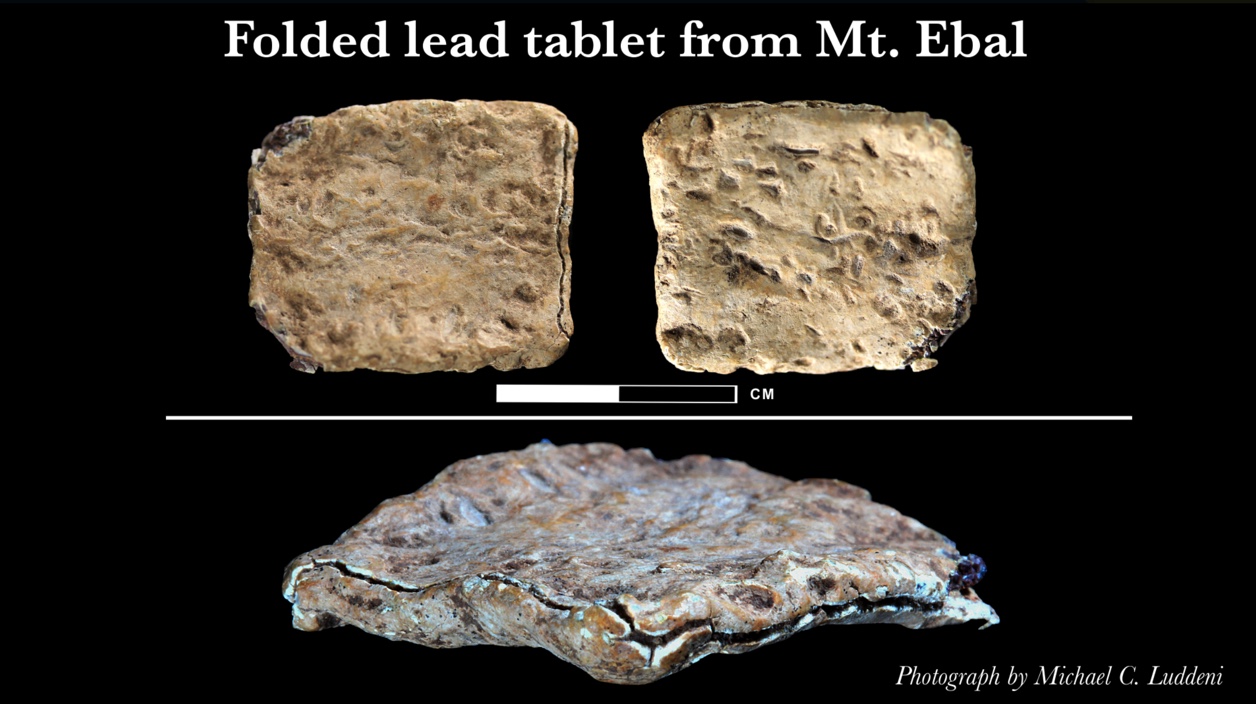 Archaeologist claims to find oldest Hebrew text in Israel, including the name of God

Archaeologist Dr. Scott Stripling and a team of international scholars held a press conference on Thursday in Houston, Texas, unveiling what he claims is the earliest proto-alphabetic Hebrew text — including the name of God, “YHWH” — ever discovered in ancient Israel. It was found at Mount Ebal, known from Deuteronomy 11:29 as a place of curses.

If the Late Bronze Age (circa 1200 BCE) date is verified, this tiny, 2-centimeter x 2 centimeter folded-lead “curse tablet” may be one of the greatest archaeological discoveries ever. It would be the first attested use of the name of God in the Land of Israel and would set the clock back on proven Israelite literacy by several centuries — showing that the Israelites were literate when they entered the Holy Land, and therefore could have written the Bible as some of the events it documents took place.

“This is a text you find only every 1,000 years,” Haifa University Prof. Gershon Galil told The Times of Israel on Thursday. Galil helped decipher the hidden internal text of the folded lead tablet based on high-tech scans carried out in Prague at the Academy of Sciences of the Czech Republic.

Based on epigraphical analysis of the scans and lead analysis of the artifact, Stripling and his team date the curse tablet (or defixio) to the late Bronze Age, before or around 1200 BCE. If this dating is verified, it would make the text centuries older than the previous recordholder for oldest Hebrew text in Israel and 500 years older than the previously attested use of the tetragrammaton YHWH, according to Galil. Writing in a similar alphabet was discovered in the Sinai Peninsula dating to the beginning of the 16th century BCE.