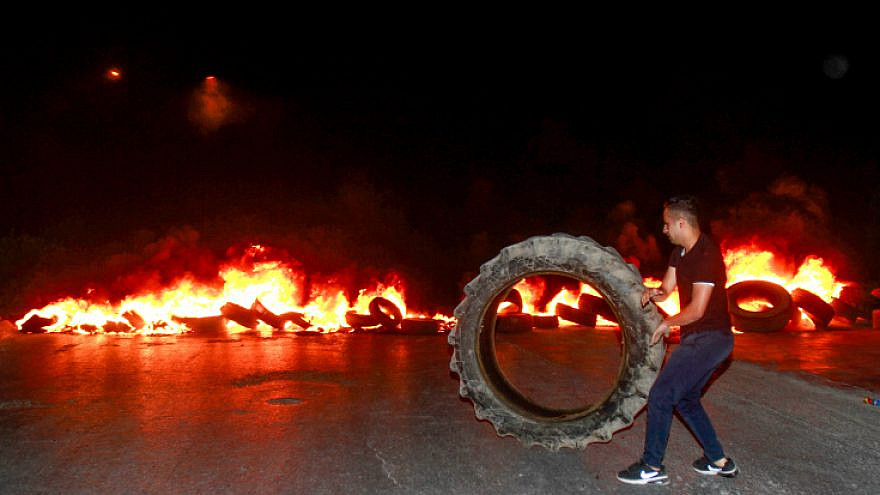 (October 7, 2019 / JNS) Dozens of Palestinians rioted on Sunday night following the pilgrimage of some 1,000 Jews, under Israeli security escort, to the Tomb of Joseph in Shechem/Nablus to pray. The rioters threw firebombs and burning tires at security personnel.

There were no Israeli reports of casualties during the incident, however the P.A.’s Wafa news agency reported that seven rioters had been wounded after “Israeli forces escorted a convoy of buses packed with over a thousand fanatic Jewish settlers to the site, located in the Palestinian-controlled area, sparking confrontations with Palestinian residents.”

Wafa stated that the injured Palestinians had been “protesting the raid” and “attempting to block settlers’ access to the site.”

“Among settlers who raided the site were Israeli Minister of Economy and Industry Eli Cohen; leader of the council of settlers in the occupied West Bank Yossi Dagan; and Knesset member Moshe Arbel,” reported Wafa.