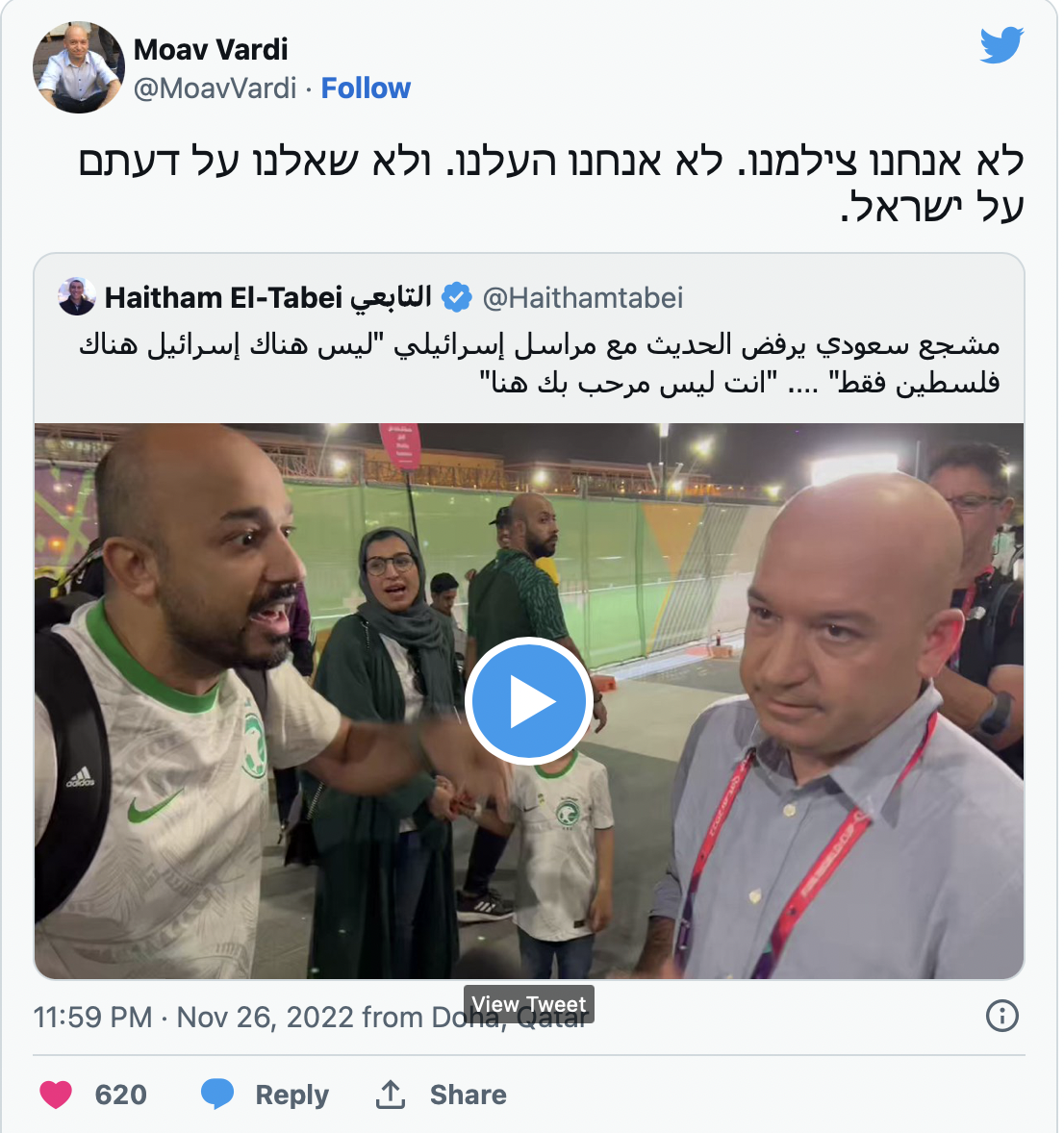 Israeli journalist Moav Vardi on Sunday posted footage of an exchange at the World Cup in Qatar in which an Arab fan hurled insults at him, including the charge that he is “not welcome” at the soccer tournament.

During the incident, a clearly disgruntled Vardi, who is the chief international correspondent for the Kan public broadcaster, is abused by the apparently Saudi fan, who says that “there is only Palestine, there is no Israel,” while a crowd of seemingly confused people looks on.