Antisemitism: What to do about it? 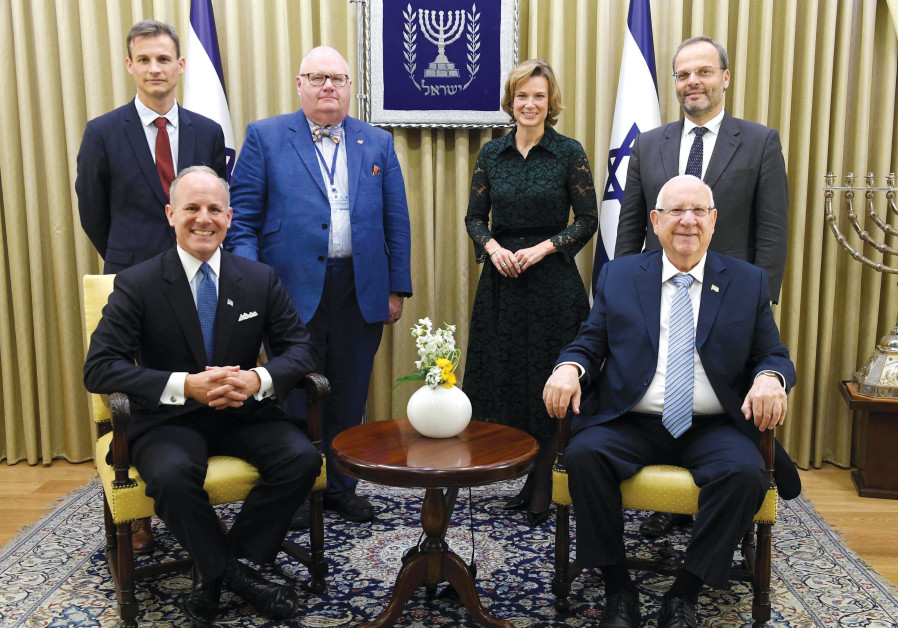 Antisemitism – more than the Torah, Shabbat observance and keeping the dietary laws – has been a unifying factor among Jews.

When under attack, Jews put their differences aside and stand together.

But in recent years, as antisemitism has continued to escalate and people in high places learn the lesson of history, several countries have appointed special commissioners to monitor and fight antisemitism, which has evolved from being a Jewish problem to being a global problem that threatens democracy.

Today, Jews and non-Jews are working hand in glove to recognize antisemitism for what it is, so that they can eradicate it before it becomes pervasive.

Legislators in some countries have already introduced laws aimed at reducing incitement and hate mail on social media. Such legislation severely penalizes platform providers which do not remove hate-inspired posts within 24 hours.

This week, in advance of the 81st anniversary of Kristallnacht, a number of American, European and Israeli activists who are engaged in the struggle against antisemitism, met at the President’s Residence in Jerusalem to discuss achievements, challenges and the situation as it stands today.

Key representatives attended a private meeting with President Reuven Rivlin prior to speaking to a larger gathering in the main hall of the presidential complex.

The group included Elan Carr, US special envoy for monitoring and combating antisemitism; Katharina von Schnurbein, the European Commission coordinator on combating antisemitism; German Government Commissioner on Antisemitism Dr. Felix Klein; Frederic Potier, the French special representative on racism, antisemitism and discrimination; and Lord Eric Pickles, the UK special envoy for post-Holocaust issues, who will next week be the British keynote speaker at the annual Balfour Dinner hosted by the Israel, Britain and the Commonwealth Association, whose members are largely immigrants from the UK.

All five work in close cooperation with each other and with organizations such as the World Jewish Congress, as well as with local organizations in their respective countries. They frequently appear individually and together in Europe, Britain and the US at conferences on antisemitism.

At the private meeting with Rivlin, Potier, seemingly impatient with all the talk around the same point, even though manifestations of antisemitism differ from one country to another, said that it was time to stop the speeches and to take action. He did not elaborate, however, to spell out what such action should be.

DESPITE THE troubling acceleration of antisemitism around the world, von Schnurbein said she was optimistic that the day will come when it will disappear. As a German, she said, she had witnessed the impossible becoming possible. As she was growing up, no one could have imagined the fall of the Berlin Wall. It was unthinkable, and yet it became possible, she said.

“The disappearance of antisemitism will happen, even though it seems unthinkable right now,” she said.

Klein stressed the importance of fighting antisemitism through connecting on an international level, because antisemitism has become a global problem and not just a Jewish problem.

There was general agreement on this, with Rivlin saying: “Fighting antisemitism and racism concerns the whole world.” He also underlined the importance of a meeting of this nature taking place in Jerusalem.

Later, at the larger meeting, Rivlin said: “Your clear voices and the work you do are crucial, particularly at such a challenging and hostile time.” Rivlin added that Israel shares the understanding that antisemitism is not a Jewish problem alone, but a problem for all humanity. “We are engaged in a bitter, joint fight against any expressions of antisemitism – from the Right, the Left or from radical Islam,” he said. “Antisemitism is antisemitism is antisemitism. There are no gray areas and there is no option other than zero tolerance. One can criticize us so long as it is criticism. The moment it turns to boycotts and actions against Israel that are influenced by antisemitism – we will not accept it.”

Relating to a Jewish Chronicle poll in which 40% of British Jews have stated that if Labour leader Jeremy Corbyn is elected prime minister, they will leave the country, Carr said that the most disturbing meeting that he has had, since his appointment nine months ago, was with a former Labour parliamentarian who left because she couldn’t take it anymore.

She told him that the disaster had started on campus – and they did nothing, and then it came to the Labour Party and it was not confronted.

Although he did not name her, Carr was referring to Louise Ellman, who left the party, which she had served for 55 years, because experience has taught her that “the Labour Party is no longer a safe place for Jews.”

Pickles said that he could not promise that Corbyn will not be elected. If he is, and British Jews follow through with their intention to leave, “it will take the heart out of Britain” he said, “because the Jewish community is what makes Britain tick.”

He was, nonetheless, confident that if British Jews leave because of Corbyn, they will eventually return.

That confidence may have been sparked by the turnover in British prime ministers, of which there have been five over the past 20 years, with another election on the immediate horizon.

KLEIN SAID that 90% of antisemitic attacks in Germany could be attributed to the extreme Right, with the remainder being more or less evenly distributed between the extreme Left and radical Islam – although he acknowledged that since 2015, there has been an increase in incidents perpetrated by Muslim immigrants.

Social media, through which there is so much incitement, is a top priority in France for fighting antisemitism and all forms of racism, said Potier. “The new battlefield is the Internet.”

In this context, he mentioned the European Commission’s Code of Conduct that includes the removal of hate speech within 24 hours and wondered whether this could really be enforced.

Von Schnurbein admitted that initially, only 28% of such content was removed.

While the United Nations is often perceived as a hotbed of antisemitism, Carr, in response to a question from the floor, said that the latest UN report on racism is “thorough and complete, and attacks all versions of antisemitism.” He regards this as “a tremendous development.”

Regardless of the issue at hand, everyone knows that a chain is only as strong as its weakest link. This also applies to government policy, which can’t work if there is no one to implement it.

“You can have all the policy in the world,” said Pickles, “but it’s as weak as the most unsympathetic police officer.”

Von Schnurbein concurred with this, saying that “the meeting comes at a sobering moment. Antisemitism continues despite all our efforts.”

Although the casualty toll in the attack on Yom Kippur on the synagogue in Halle was relatively minimal, and the hapless victims were not Jewish, the venue and the date on which it took place sent shock waves not only through Germany, but across Europe, according to von Schnurbein. “It’s like 9/11,” she said. “Everyone will remember what they were doing.”

Following the incident, she continued, European Commission President Jean-Claude Juncker had called upon all people to stand in solidarity with the Jewish people.

“We used to think that our children were safe in their rooms,” she said, “but now they are exposed online to toxic antisemitism and hate speech.”

Among the various statistics quoted at the conference was that 38% of European Jews do not feel safe in the countries in which they reside.

Emphasizing the need for cohesive action in the face of a situation in which Jews are afraid to reveal their identities and are fearful for their security, von Schnurbein, who is not Jewish, resorted to Hebrew, saying, “beshvil kavod tzarich l’avod” – “one has to work to acquire respect.”

She concluded her remarks with “am Israel hai” – “the people of Israel lives.”