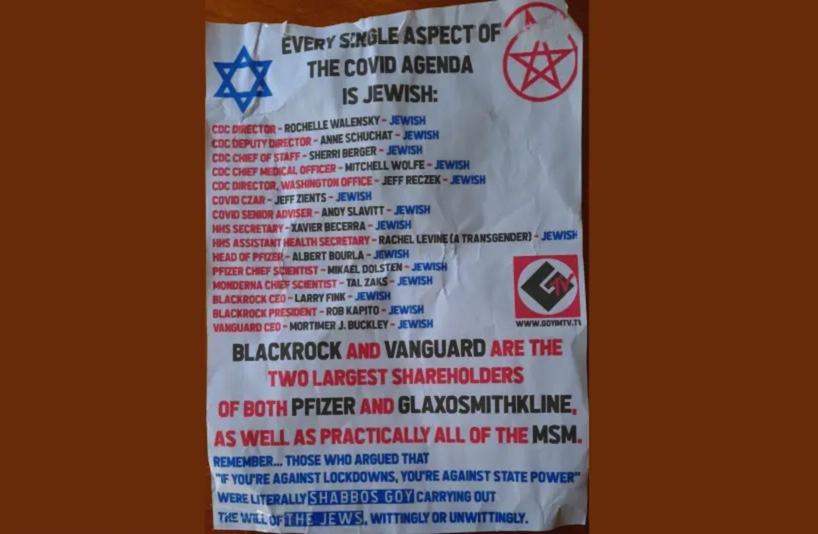 Jews were targeted with antisemitic attacks on multiple college campuses on Sunday and Monday as Jews around the world celebrated Rosh Hashanah – the Jewish new year.

In University of Michigan, antisemitic flyers were spread around the campus by white supremacist group the Goyim Defense League. One flyer was entitled “Every Single Aspect of the COVID Agenda is Jewish” and listed a large number of health officials who are either Jewish or Shabbat goys that have been influential in fighting the pandemic.

A Shabbat goy is a non-Jew who is sometimes called upon by Jews on Shabbat to do something for them that they cannot do according to the religious rules of Shabbat. The implication on the flyer is that since these people help Jews on Shabbat, they will also help with the “Jewish agenda”.