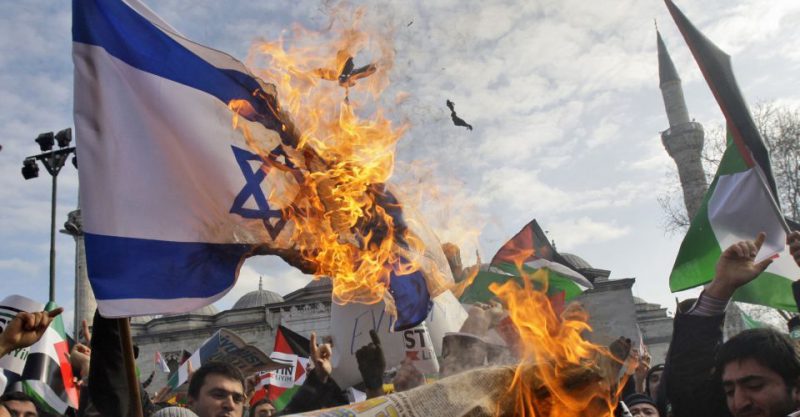 BERLIN — The organizer of the annual anti-Israel al-Quds Day rally, which is attended by Hezbollah operatives, pulled the plug on its mid-May event in the heart of Berlin after the German government banned all Hezbollah activities within the territory of the federal republic.

The office of the Berlin Senator of the Interior, Andreas Geisel, tweeted on Thursday: “The organizer of the al-Quds march canceled today the demonstration for this year. Interior Senator Andreas Geisel: We are all spared one of the most disgusting antisemitic events. Good news for Berlin.”

Berlin’s city-state has permitted the Iranian regime-sponsored demonstration to proceed each year since 1996. The current Berlin government and its social democratic party mayor Michael Müller have faced criticism over the years for not seeking to legally ban the al-Quds march. Müller’s administration said it would lose a legal battle to outlaw al-Quds.

Al-Quds Day calls for the obliteration of the Jewish state and is attended by neo-Nazis, Hezbollah members and supporters, left-wing activists for the Palestinian terrorist organization the Popular Front for the Liberation of Palestine. Boycott, Divestment, Sanctions (BDS) activists are also present at the protest.