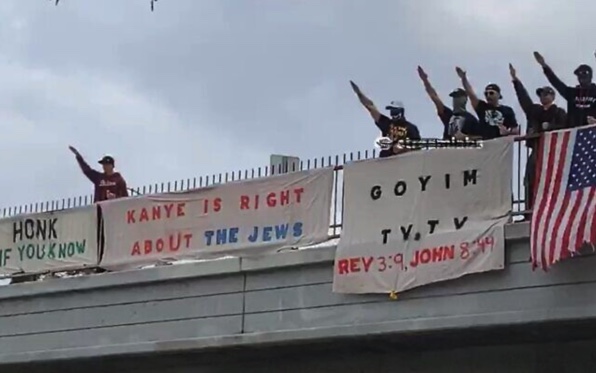 Antisemites in Los Angeles, California, stated their support for recent tirades against Jews made by Ye, the rapper formerly known as Kanye West, by hanging banners over a freeway in the city and declaring that “Kanye is right about the Jews.”

It appeared that the racist Goyim Defense League was behind the move, with members photographed performing Nazi salutes beside the banner.

Ye has recently repeated antisemitic outbursts across social media and in news interviews, including vowing to go “death con 3 on Jewish people,” claiming that he is the target of a “Jewish underground media mafia,” and that “Jewish people have owned the Black voice.” He was locked out of several social media accounts as a result of his comments.