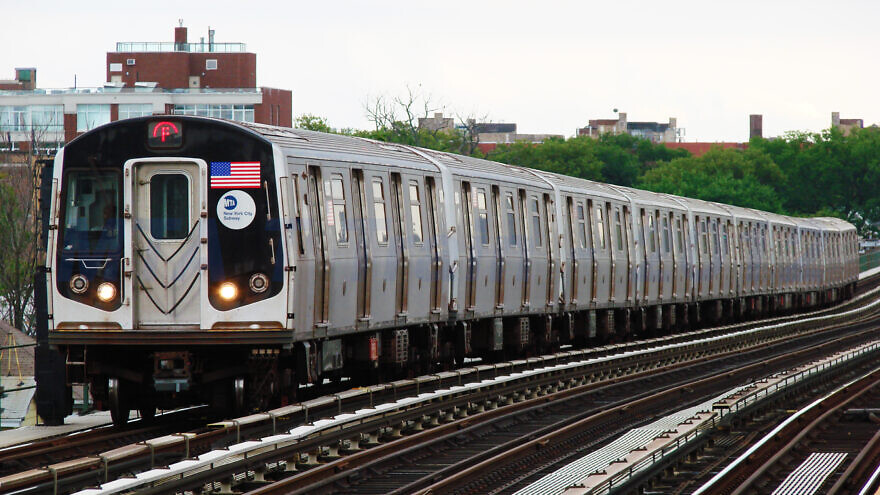 Since Oct. 20, the New York Police Department has logged 42 hate-crime complaints involving anti-Semitic acts in the subway—a 162 percent increase over similar incidents reported through that same date in 2018.

The incidents include a June 13 encounter at a station in Brooklyn in which a 26-year-old man allegedly yelled “Heil, Hitler!” and “All Jews must die!” at a 33-year-old man before grabbing the latter’s phone and flinging it at an incoming train, according to the Brooklyn district attorney’s office.

MTA data obtained by The City showed 13 instances through Oct. 23 where the discovery of the hate symbols, such as swastikas, caused trains to be taken out of service or subway cars to be isolated before being cleaned. Anti-Semitic graffiti and assaults on Jewish people also accounted for nearly 60 percent of subway hate crimes in 2019, with the highest number of them occurring in the borough of Brooklyn.

“People are emboldened, and they want the largest possible audience for what they want to communicate,” said Alexander Rosemberg, director of community affairs for the Anti-Defamation League of New York and New Jersey. “And the subway is where they find that audience.”

This comes after NYPD officials said on Tuesday that they expect to make arrests soon in connection to a series of attacks on ultra-Orthodox Jews in Borough Park over the weekend. The NYPD added patrols to the area and set up a temporary headquarters in Brooklyn.