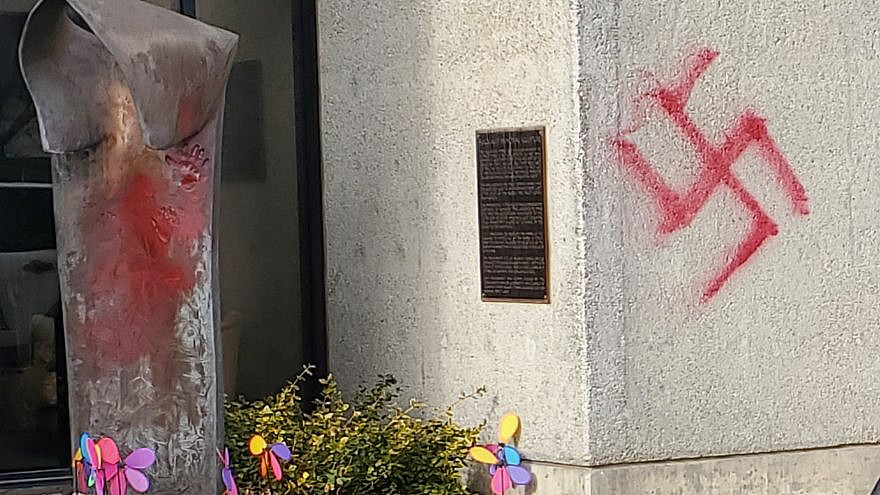 Police in Spokane, Wash., are looking for the man caught on security camera damaging a Holocaust memorial and defacing a local synagogue with swastikas and more.

“Spokane is a community that welcomes different faiths and protects the ability of people to practice those beliefs safely and freely in their places of worship,” said Spokane Mayor Nadine Woodward in a statement. “The symbols and writings are disgusting and desecrate a place of worship and a memorial to those whose lives were lost during a hateful time in world history.”

According to the Spokane Police, the suspect is a white male who was “wearing blue jeans, black boots, a dark-colored jacket with hood, a dark-colored beanie style stocking cap, black gloves, a red mask and sunglasses on his head.”

Temple Beth Shalom’s board of trustees issued a statement on Monday noting that they are saddened by the vandalism, but thankful for the community for their support.