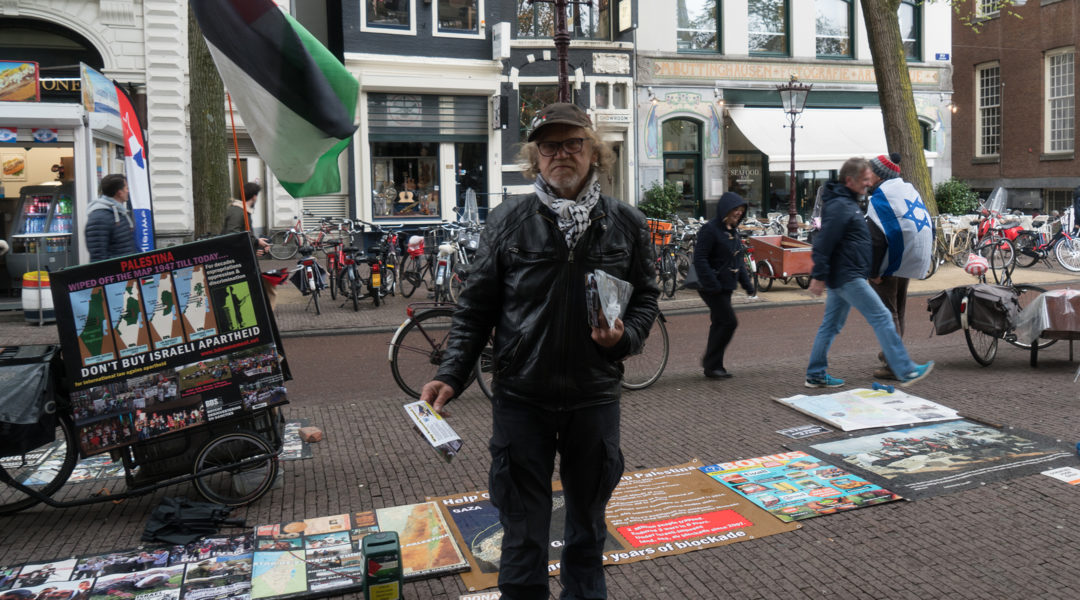 AMSTERDAM (JTA) — Campaigners for boycotting Israel said they will stay away from this city’s World War II monument, where their supporters have staged incidents of anti-Semitic hate speech and violence.

The municipality in April vowed to limit the long-standing presence of anti-Israel protesters on the square, as well as to counter more recent counter-demonstrations. The mayor’s office sent a cease-and-desist letter in April to members of both parties, a spokesman told the Jewish Telegraphic Agency.

On June 16, a woman named Celine Sleiman was filmed delivering a tirade against Jews on Dam Square. “Killers, haters. Talmud calls you to f***k girls. Talmud tells you to plague humanity,” she was filmed telling Israeli tourists. The CIDI watchdog group against anti-Semitism filed a complaint against her for hate speech.

On Tuesday, hundreds of Jewish community leaders and dignitaries gathered at the Ridderzaal in the Hague, a 13th-century convention center located near the Dutch senate. In 1940, the Austrian Nazi governor of occupied Netherlands, Arthur Seyss-Inquart, delivered his inaugural speech in that center.