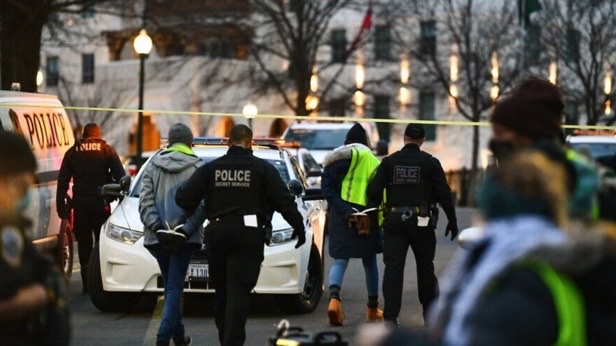 Seven anti-Israel protesters were arrested on Sunday in front of the Israeli embassy in Washington, D.C., after attempting a sit-in, blocking the entrance to the embassy.

According to the United States Secret Service, which conducted the arrests, protesters were arrested at 4:41 p.m. for failing to obey orders from officers and “incommoding,” which is defined as an individual or group of individuals blocking or obstructing roads or entrances.

The protesters were part of a group called the Palestinian Youth Movement (PYM), which conducted anti-Israel rallies across the country on Jan. 23.

The D.C. rally, called “Hands off Palestine: From the River to the Sea,” was scheduled from 2 p.m. to 3 p.m., according to PYM’s Twitter account.

A handful of the 50 or so protesters remained afterwards, pitching tents in front of the embassy gates, according to the account, and refusing to move when instructed by the police. They called the action a “sit-in.”