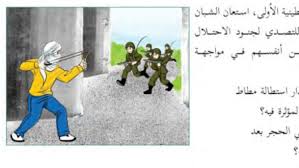 A newly declassified report is shedding light on anti-Israel material found in U.S.-funded textbooks used by the United Nations’ Palestinian refugee agency (UNRWA) in Palestinian schools — while faulting the State Department for leaving out key information in updates to Congress.

The report on the textbook content of UNRWA schools was completed in April last year but was then classified. Republican lawmakers have been calling for its declassification ever since, and last week succeeded in that push.

The report found that some textbooks in UNRWA-run schools did not mention Israel or Judaism and included regional maps that excluded Israel while referring to Israeli cities as Palestinian. They included math problems that challenged pupils to identify the number of Palestinian casualties in the First and Second Intifadas. The report will fuel long-standing concerns from conservatives that the U.S. was funding anti-Semitism and anti-Israel sentiments via funding for UNRWA, which was halted last year.

Between 2015 and 2017, the U.S. provided $243 million in educational aid to the West Bank and Gaza via the State Department and USAID. But the Government Accountability Office (GAO) report found that Congress was unable to properly assess the material in the textbooks because of the State Department’s misleading updates to the body in three annual reports during that time frame.

“Although State submitted its required reports to Congress on time, State included inaccurate information in the 2017 report and omitted potentially useful in all three reports,” the GAO report says.