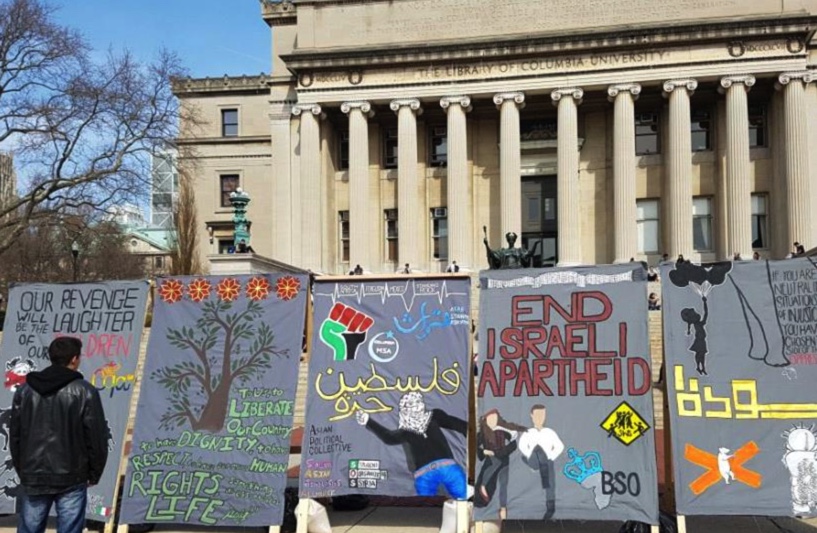 A new report by the Anti-Defamation League has found that rhetoric used by anti-Israel groups on US college and university campuses frequently demeans and ostracizes pro-Israel Jewish students, and occasionally descends into antisemitism.
In preparing the study, ADL experts identified what, they said, was “a pattern of anti-Israel groups and activists blatantly demonizing pro-Israel and Zionist students,” who also on occasion espoused antisemitic tropes, such as those alleging Jewish or Zionist power and control over the media and political affairs.
ADL’s Center on Extremism, which monitors anti-Israel activities across the country, found this language primarily came from a handful of student activist organizations that often work in concert to spread anti-Israel and anti-Zionist messages on US campuses.
Such activity negatively impacts large sections of the Jewish student community “for which a connection with Israel is an integral component of their religious, social, or cultural lives and identities”
ADL’s study said that as a result of this activity, many Jewish students reported feeling compelled to hide aspects of their identities.
According to the study, Students for Justice in Palestine (SJP) was the most active anti-Israel group on campus in the US, with a network of some 180 chapters across the country mostly in the Northeast, Midwest and California, along with around 20 chapters in Canada.
Another of the primary anti-Zionist campus organizations is Jewish Voice for Peace (JVP) which works closely with SJP.
ADL’s report said that the organization sees Zionism “as racist and a form of ‘Jewish supremacy,’” while “several of the more radical members of JVP espouse rhetoric that peddles antisemitic tropes including language about inherent Zionist greed or nefarious control over political developments.”
Read More: The Jerusalem Post