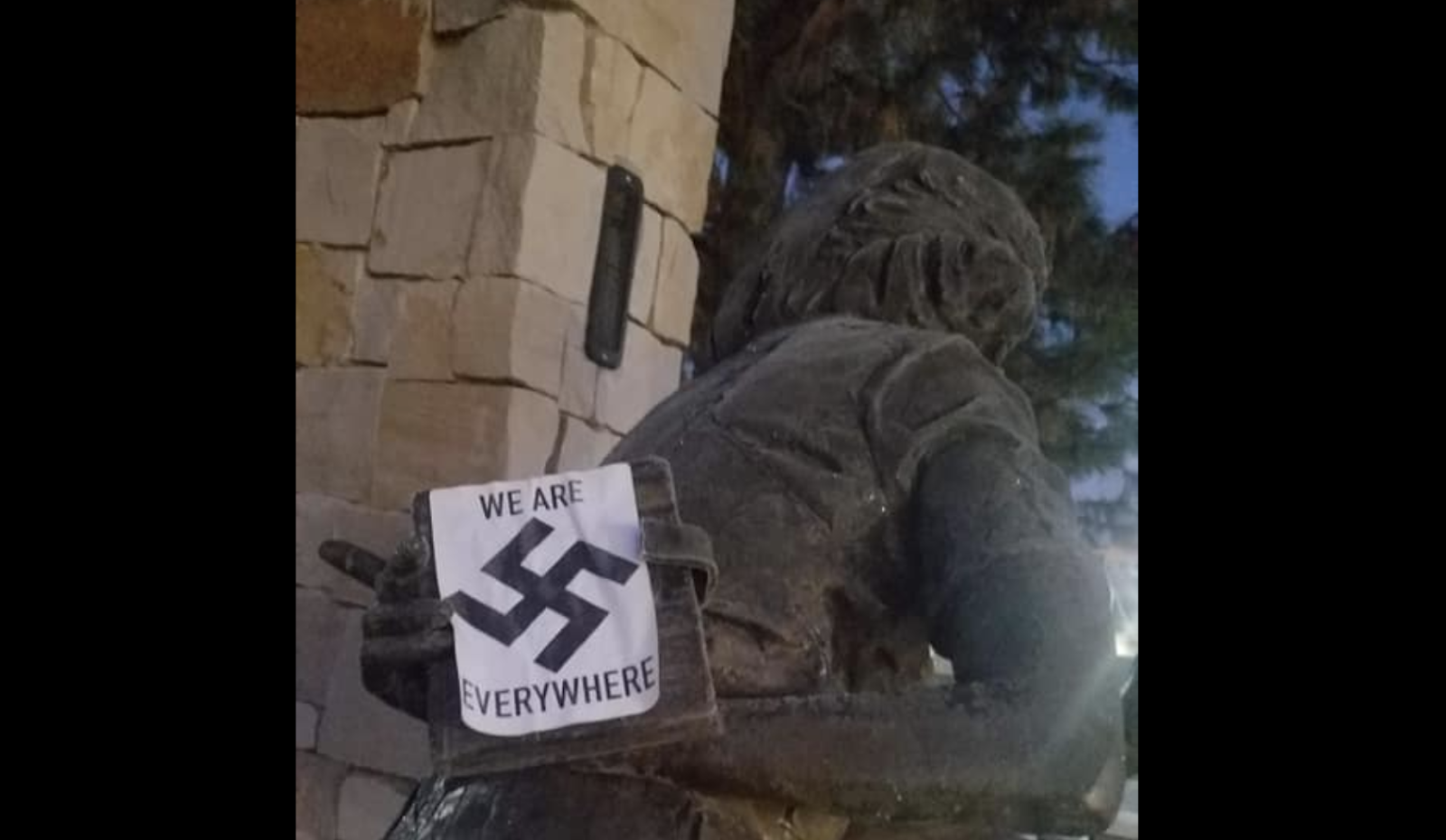 Swastikas were pasted throughout the Anne Frank Human Rights Memorial in Boise, Idaho, on Tuesday, the latest high-profile incident of anti-Semitism in the United States.

The Wassmuth Center for Human Rights shared on Facebook that flyers reading “we are everywhere” were plastered throughout the memorial along with swastika stickers.

The images show one of the flyers on the back of a statue depicting Anne Frank, the teenage girl who died in the Bergen-Belsen concentration camp after hiding from with her family in Amsterdam from the Nazis.

The flyer was plastered on the diary that Frank is depicted holding in the statue.

Another image shows a statue at the human rights memorial named the “Spiral of Injustice” with the same flyer attached. The sculpture itself features the words “language,” “avoidance,” “discrimination,” “violence” and “persecution,” wrapped around a figure.

“These stickers were plastered throughout the Memorial yesterday,” the human rights center shared on Facebook on Wednesday. “I fear for what is happening to our community.

“The Idaho Anne Frank Human Right Memorial was built as a physical statement of our shared values,” the center also shared. “One of those values includes standing up to confront hate.”