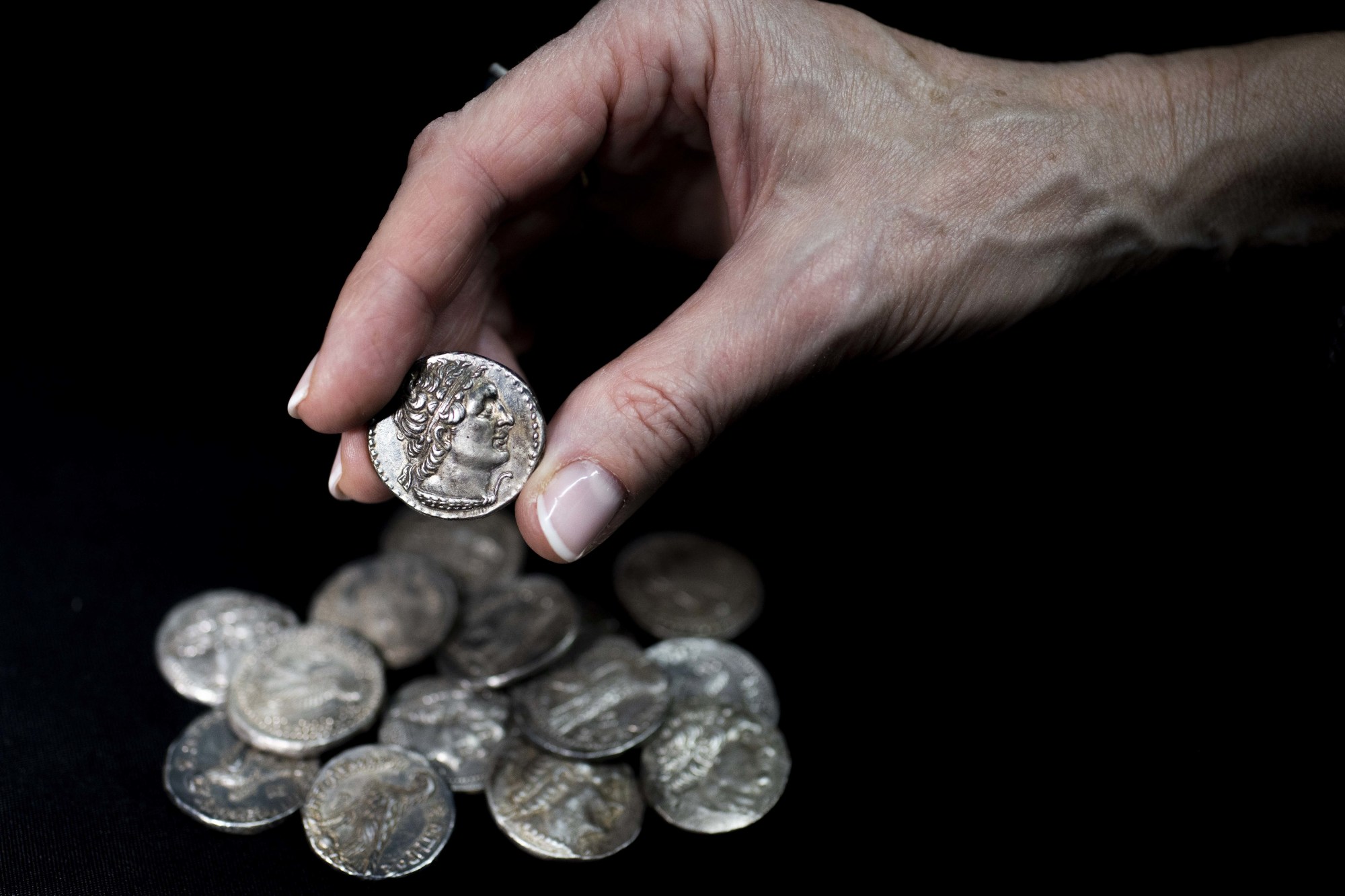 An ancient treasure trove of silver coins dating back 2,200 years found in a desert cave in Israel could add crucial new evidence to support a story of Jewish rebellion, archaeologists said Tuesday.

The Israel Antiquities Authority announced that earlier this year, a team of experts found 15 silver coins that they say were hidden by a refugee fleeing the turmoil of the Maccabean revolt from 167-160 B.C., when Jewish warriors rebelled against the Seleucid Empire.

The small wooden box, found in the Muraba‘at cave during an excavation in the Judean desert near the Dead Sea in May, is dated between 10 and 15 years before the revolt.

The find represents the “first evidence in the Judean Desert for the Maccabean revolt against the Greek Seleucid Kingdom,” the authority said in a press release Tuesday.