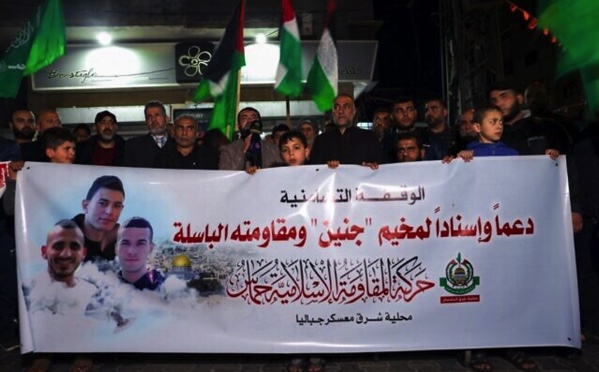 Fourteen people have died so far in four attacks across the country, the bloodiest wave of violence the Jewish state has seen in years. Palestinian Authority President Mahmoud Abbas condemned the two attacks committed by West Bank Palestinians in Bnei Brak and Tel Aviv.

But on Palestinian social media, many accounts have relentlessly put out clips praising the attacks. In some cases, users have set graphic footage of the violence to traditional music. Addressing Israelis, the lyrics vow that “you will see hell and its gates will open on the Day of Resurrection.”

The Hamas and Islamic Jihad terror groups have sought to play up the violence in their official media. Both terror groups issued statements praising the attacks in the aftermath of every incident.