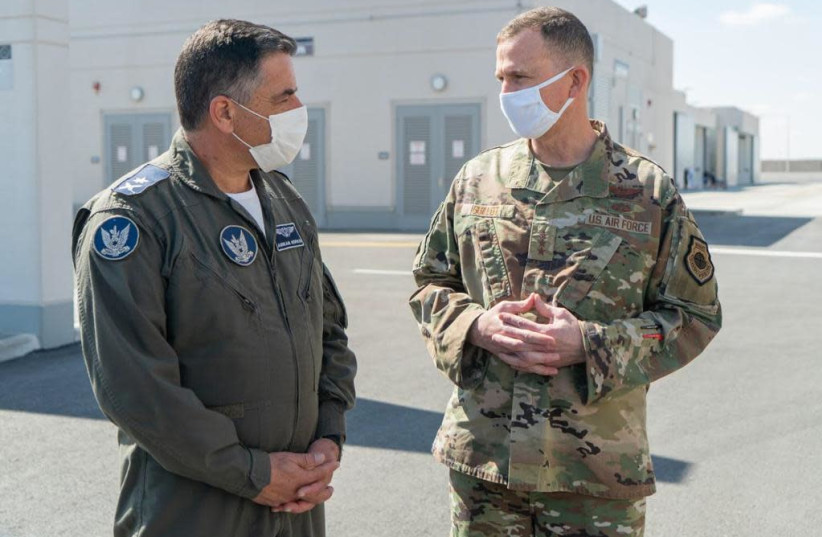 An IDF spokesperson unit statement said that the purpose of the visit was to promote operational interests, continue to develop channels of cooperation, and to maintain and deepen the relationship between the militaries.

During his visit to Israel, Guillot visited the Tel Nof and Nevatim Air Force bases.

Guillot also conducted a joint flight with Norkin in the F15 aircraft of the 106th Squadron at Tel Nof base and visited Squadron 116, where they discussed 5th generation aircraft and their impact on the Middle Eastern theater of operations.

Following the visit, Norkin said that the “strategic cooperation with American forces enables us to learn and grow.

“During the Ninth Air Force Commander’s visit, we talked about aerial activity in the Middle East, combining 4th and 5th generation aircraft, and future collaborations between the forces. We will continue to work closely with our American allies, in order to continue to learn and improve constantly.”