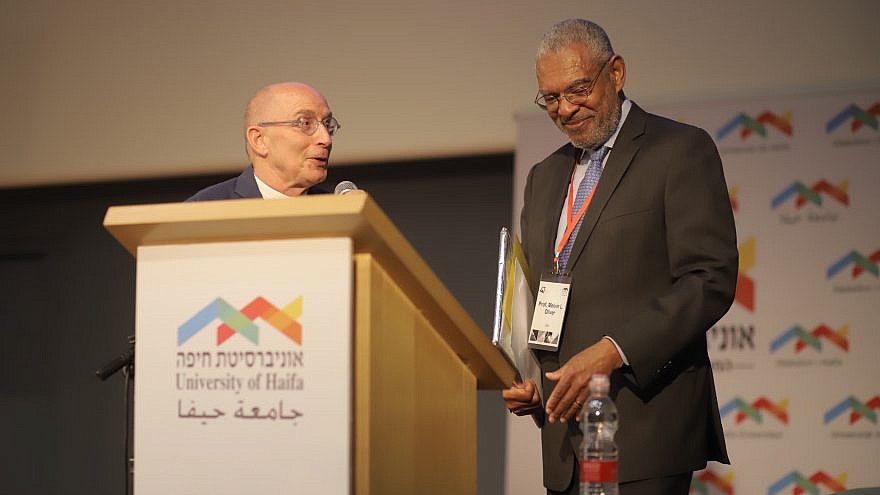 (May 29, 2019 / JNS) Professor Melvin L. Oliver, president of Pitzer College in Claremont, Calif., who defied pressure to boycott Israeli academia by vetoing the vote by a Pitzer governance body to suspend the college’s study-abroad exchange with University of Haifa, gave the keynote lecture at University of Haifa’s 47th annual board of governors meeting on May 28.

The two academic institutions have been at the center of a highly publicized BDS debate in recent months.

According to Oliver, BDS motions began as the campus Students for Justice in Palestine adviser, Professor Dan Segal, led a campaign to suspend Pitzer’s direct-enrollment program at University of Haifa in northern Israel. Following a trip to the Jewish state one summer, Segal returned to campus and held meetings with other professors “to supposedly teach them about what life was like for Palestinians in the occupied territories,” Oliver told JNS.

Although most directives come from students, said Oliver, Segal’s BDS motion was one of the first to be faculty-led.

Following last November’s initial BDS vote by the Pitzer faculty, which Oliver strongly opposed, students at Pitzer College voted to suspend the semester at the University of Haifa program on March 14.