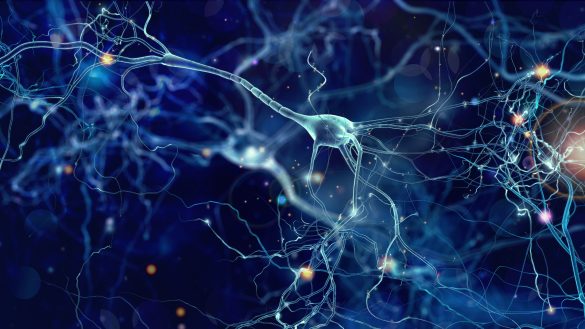 Researchers at Weizmann Institute of Science, Rehovot, have discovered a unique type of immune cell, the orderly activation of which could be the basis for future treatment of the currently fatal Alzheimer’s disease.

Their findings have led to new concept in how Alzheimer’s is perceived, based on a mechanistic understanding of the central role of microglial cells – the brain’s unique immune cells – in the disease. Prof. Michal Schwartz of the neurobiology department at the institute, said the discovery could eventually lead to new therapy for Alzheimer’s.
Alzheimer’s, the most significant cause of dementia in the elderly population, is a neurodegenerative disorder manifested by various neuronal pathological processes and a significant reduction in brain function.

In the degenerative disease, beta-amyloid protein, or plaques, accumulate within and between brain cells. Due to both structural changes and the weakening of chemical communication pathways, the synapses, or junctions between neuronal cells, are lost. In addition, the cytoskeletal proteins of the axons, or nerve fibers, lose their normal structure, impairing their function and causing massive death of nerve cells.

The brain is a fragile and unique organ that has its own specially tailored immune system separate from the rest of the body. The primary role of the microglia is to recognize, disassemble and dispose of various substances that do not function properly in the brain, from dying cells to various cell debris and protein aggregates. Yet, microglial activity is under tight regulation to allow them to dispose of waste without harming adjacent healthy neurons that retain important information.

The microglia’s activities, from essential immune function to the risk of damaging healthy neurons due to hyperactivity, are well balanced in young healthy individuals, but might become a disadvantage in aging and under certain neuropathological conditions. A key question is why the brain’s own immune cells are not effective in repairing the damage associated with Alzheimer’s disease.