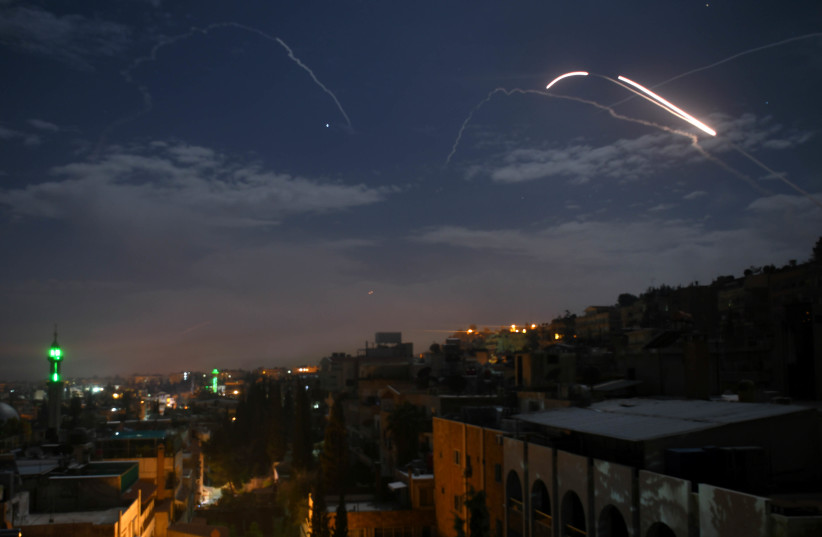 An alleged Israeli airstrike targeted sites in southern Syria and near Damascus on Wednesday night, according to Syria’s state news agency SANA.

Independent reports from regional media reported that the strikes also targeted sites near Damascus, including near the city’s international airport and sites belonging to the Syrian military and pro-Iranian militias in the area, according to the Step News Agency.

Saudi news agency Al-Arabiya reported that sites belonging to Hezbollah were targeted in the strikes and warning sirens sounded at research centers near Damascus.

A Syrian military source told SANA that sites in southern Syria were targeted by airstrikes and surface-to-surface missiles and that most of the missiles were intercepted, with only material damages reported.

Earlier on Wednesday, two flights of airlines allegedly used by the Iranian Revolutionary Guards Corps to transfer weapons to Syria and Lebanon were reportedly spotted en route from Tehran to Damascus by independent tracking sites. Alleged Israeli airstrikes are often reported in Syria shortly after such flights.

The strikes come hours after anti-aircraft fire targeted and missed an IDF drone over southern Lebanon. Hezbollah was reportedly behind the attempt to down the drone. On Monday, Hezbollah announced that it had succeeded in downing a quadcopter belonging to the IDF after it entered Lebanese airspace in southern Lebanon near the town of Blida, located west of the Golan Heights.