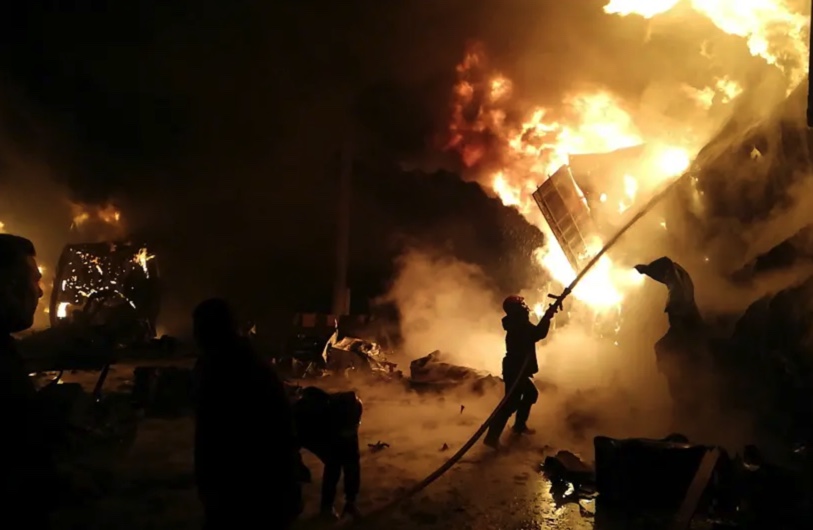 An alleged Israeli airstrike targeted the commercial port in Latakia in northwestern Syria for the second time in a month early Tuesday morning, according to Syrian state news agency SANA.
This is the second alleged Israeli airstrike on the Latakia Port this month and the third alleged Israeli airstrike on Syria, in general, this month.
A Syrian military source told SANA that the strike was carried out from over the Mediterranean Sea and targeted the port’s container yard, sparking large fires and causing massive damage. The fire was only brought under control by firefighters about seven hours later.
The Iranian ship SHIBA was docked at the Latakia port last week before leaving on Saturday. It is unclear if containers unloaded by the ship at the port were the targets of the Israeli airstrike on Tuesday morning. According to independent tracking sites, in late November an Iranian vessel called DAISY docked at Latakia just days before the strike on the port on December 7.
The Latakia area is a stronghold for Russian forces in Syria, with the Russian Khmeimim Air Base located near the major port city.
Read More: The Jerusalem Post