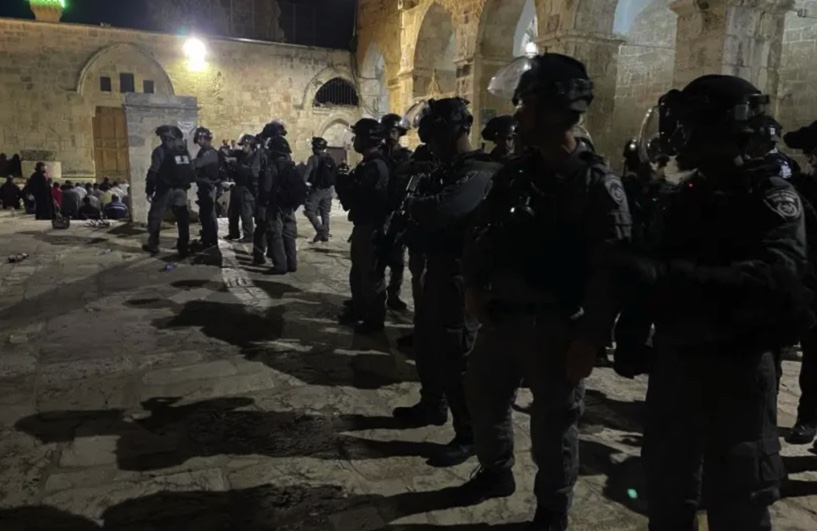 A guard working for the Waqf on the Temple Mount was arrested in the past week after he attacked an Israeli police officer at the site, according to an indictment issued against the guard on Tuesday.
On December 21, the guard, Louay Abu Al-Saad, disrupted Israel Police officers who were arresting a Waqf employee on the Temple Mount. Al-Sa’ad filmed the officers and stayed close to them in a “threatening manner,” as well as raising his voice. The Waqf guard refused to calm down, even after being warned that he was disrupting the officers’ work.
On Sunday morning, Al-Sa’ad saw one of the guards who had arrested the Waqf employee while sitting in front of the al-Aqsa Mosque. The officer saw al-Sa’ad looking at him and wished him a “good morning.” The Waqf guard proceeded to run after the officer as he yelled “don’t tell me good morning!” and began punching and kicking the officer.
The officer managed to pull out his baton, causing the guard to run away into the mosque and lock the doors. The officer waited for additional police to arrive and after half an hour the guard exited the mosque and was arrested. According to Palestinian reports, two other Waqf employees were arrested at the site on Sunday as well.
Read More: The Jerusalem Post