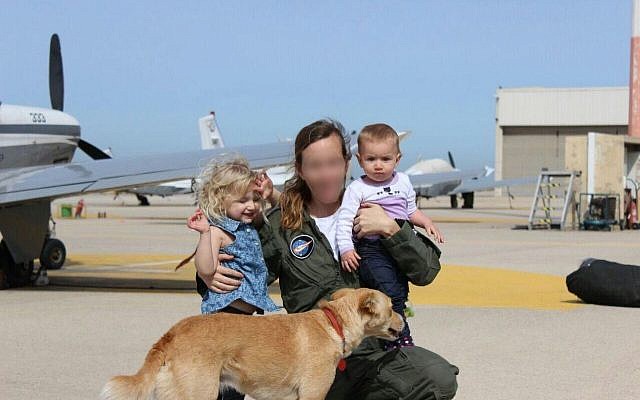 For the first time, a woman is to command an aviation squad, the army announced Tuesday, some 16 years after Roni Zuckerman became the first Israeli woman fighter pilot.

The major, whose name cannot be published for security reasons, is to be promoted to lieutenant colonel and will head a squadron of aviation at an Israel Air Force base.

“She will be the first female pilot to have this position and to have this rank,” the army said in a statement, referring to the major only by the first Hebrew letter of her name, “Tet.”

Although other female officers have reached this rank and commanded squadrons, no pilot has ever before been in charge of an IAF aviation squadron, which is responsible for ground-based operations.

“In addition, Maj. ‘Mem’ was appointed to command the [air force’s] operational command and control unit and will be promoted to lieutenant colonel. She will be the first female air traffic controller to reach this rank,” the army added.

In November the air force appointed its first female deputy commander of a fighter jet squadron to serve in the air force’s Spearhead Squadron, which flies F-15 fighter jets out of the Tel Nof air base in central Israel.

While women flew fighter planes in the 1948 War of Independence and 1956 Sinai War, they were eventually booted from the program (as well as from other combat positions in the Israel Defense Forces).

In 1993, Alice Miller asked to try out for the IAF’s vaunted pilots’ course, but she was rebuffed. She then turned to the High Court of Justice, which ruled that she should be allowed into the program. However, Miller was eventually dropped from the course, after being deemed medically unfit.

In 1998, five years after Miller’s request, and five decades after Israel had its last female aviator, Sheri Rahat graduated from the pilots’ course, becoming a navigator for the F-16 fighter jet, but not technically a pilot.

Despite those strides, the overwhelming majority of fighter pilots in the Israeli Air Force are still men, mostly because of the physical fitness requirements.