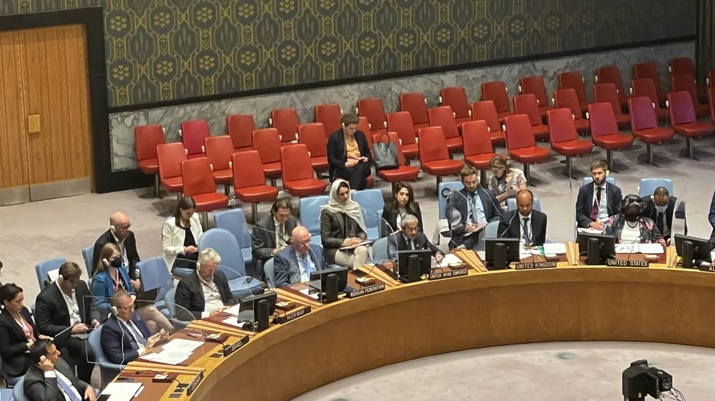 JERUSALEM, Israel – A group of largely anti-Israel countries on Monday pushed the United Nations Security Council to yet again turn Israel into its punching bag for merely defending itself against the Iranian regime-backed terrorist movement Palestinian Islamic Jihad (PIJ.)

In his remarks ahead of the session, Israel’s U.N. ambassador Gilad Erdan singled out Norway and Ireland, who frequently bash the Jewish state, for their role in securing an emergency meeting.

“How would  Norway react to Islamists plotting to fire missiles at civilians in Oslo? How would Ireland react if Jihadi rocketeers were raining down on Dublin in an effort to wipe out the ‘infidel?” he asked.

The Islamic Republic of Iran — the world’s worst international-sponsor of terrorism — has played a key role in stoking violence against Israel, Middle East experts say. Erdan noted, “The Palestinian Islamic Jihad is a radical terror organization, armed, funded and trained by Iran.”