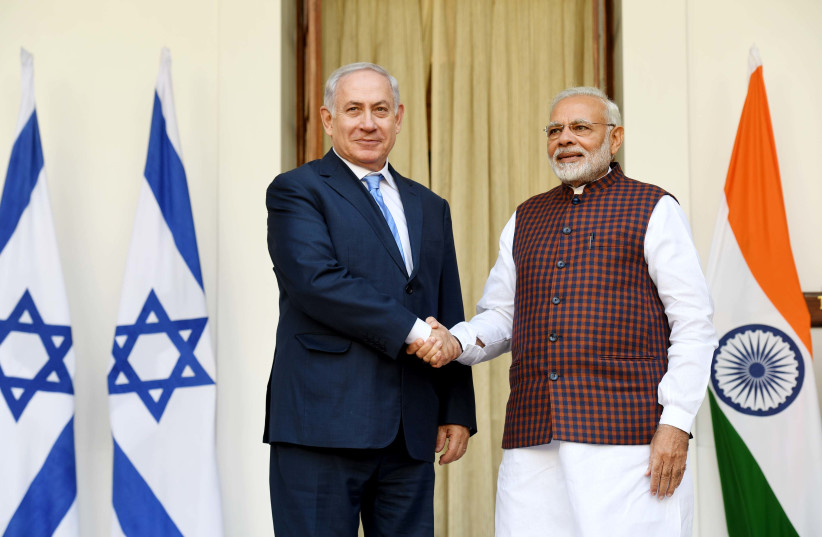 After a day of rocket fire from Gaza, the top three hashtags trending on Twitter in India are #IsraelUnderFire, #IsraelUnderAttack and #IndiaWithIsrael.
Throughout the day, people across the globe posted on social media about the rising tensions between Israel and Gaza.

However, Israel-related hashtags were mainly trending within Israel. India was the exception, with its hashtags about the rocket barrage from Gaza remained trending long after Israeli Twitter began focusing on other things.

“Israel is under attack by Terrorists from Gaza. India is with Israel. #IsraelUnderFire,” Prashant Patel Umrao, an advocate at the Supreme Court and Delhi High Court, tweeted.

Both Mishra and Umrao received praise from Israel’s Deputy Chief of Mission in New Delhi, Maya Kadosh, who retweeted their posts and thanked them.

Kadosh, who started a list of Indian Twitter accounts that talk about Israel, also tweeted about the situation in Israel.

The two countries have enjoyed good diplomatic relations, and in August, Indian and Israeli officials traded tweets in honor of Friendship Day.

“Happy #FriendshipDay2019 India!” The Israeli Embassy in India wrote on Twitter. “May our ever strengthening friendship & #growingpartnership touch greater heights.”

Indian Prime Minister Narendra Modi replied to the message, writing in Hebrew, “Thank you. I wish a happy Friendship Day to the wonderful citizens of Israel and to my friend [Prime Minister Benjamin Netanyahu].”

Netanyahu, who has a close relationship with Modi, also joined in on the friendship tweets and responded to the Indian prime minister.
“Thank you, my friend, India PM @narendramodi,” Netanyahu responded. “I could not agree with you more.”