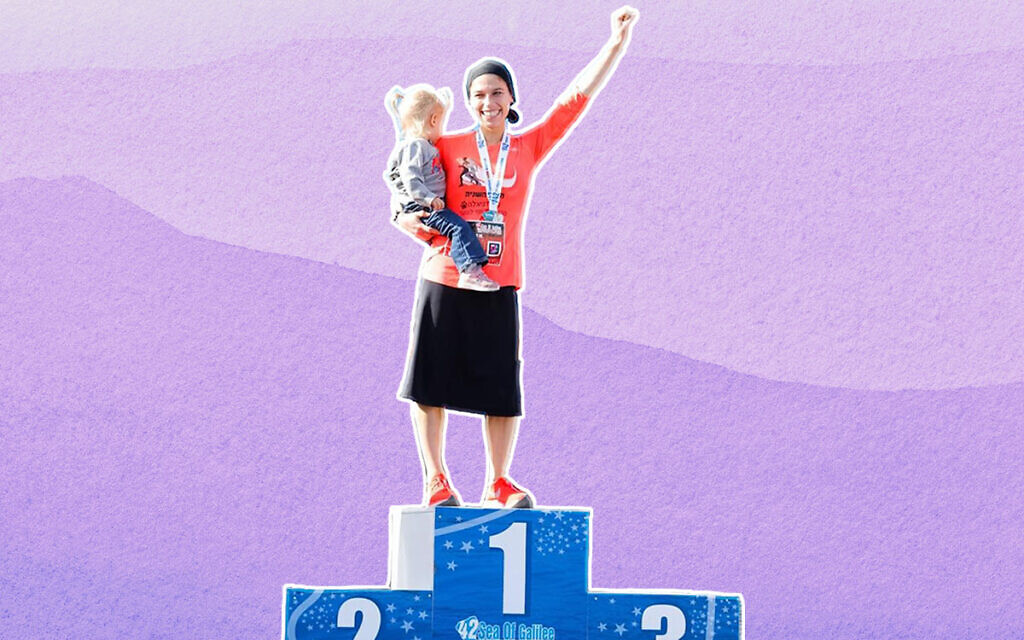 In 2016, Beatie Deutsch placed sixth in the Jerusalem half marathon. Watching Deutsch, an Israeli born in the United States, you would have never guessed that she had taken up running only four months earlier. The following year she ran the Tel Aviv Marathon while seven months pregnant with her fifth child.

Even while running, the Haredi Orthodox Deutsch dresses modestly, following Jewish laws. She wears a headscarf, elbow-length shirt and a knee-length skirt covering her leggings — unlikely attire for a star athlete.

Just a few short years after her first race, Deutsch placed first in the 2018 Jerusalem Marathon. In 2019, she won Israel’s National Championships Marathon in Tiberias, and she quickly became the Israeli national champion in the marathon and half marathon. Most notably, she qualified for the 2020 Olympics by ranking among the top 80 women runners in the world.

Many women, particularly those who are religious, see Deutsch as a role model for observant Jewish athletes.

“We don’t have a lot of female athlete role models in Israel,” she says. “I want to see more girls becoming athletes and pursuing that passion. My ultimate goal in life is to share the beauty of Judaism and impact people to spread light in that way because I did not dream about being an athlete, ever. I wasn’t like, ‘Oh, when I grow up, I want to be a professional runner.’ I didn’t know there was such a thing.”