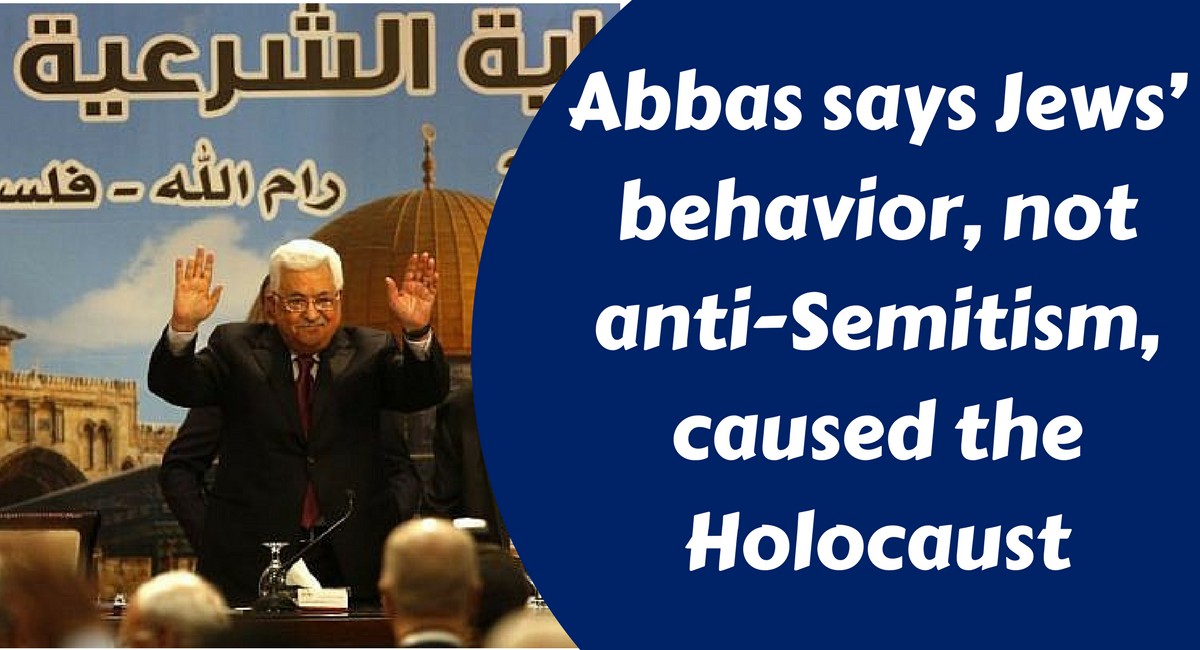 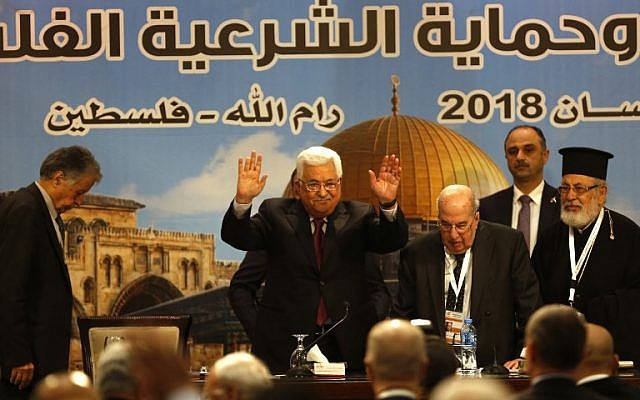 Palestinian Authority President Mahmoud Abbas on Monday said that the Holocaust was not caused by anti-Semitsm, but by the “social behavior” of the Jews, including money-lending.

In a long and rambling at speech in Ramallah at a rare session of the Palestinian National Council, Abbas touched on a number of anti-Semitic conspiracy theories during what he called a “history lesson,” as he sought to prove the 3,000 year-old Jewish connection to the Land of Israel is false.

Abbas said his narrative was backed by three points made by Jewish writers and historians, the first being the theory oft-criticized as anti-Semitic that Ashkenazi Jews are not the descendants of the ancient Israelites.

Pointing to Arthur Kessler’s book “The Thirteenth Tribe,” which asserts Ashkenazi Jews are descended from Khazars, Abbas said European Jews therefore had “no historical ties” to the Land of Israel.

He went on to claim that the Holocaust was not the result of anti-Semitism but rather of the Jews “social behavior,  [charging] interest, and financial matters.”

The 1917 Balfour Declaration endorsed the idea of a Jewish state in the Land of Israel.

“Those who sought a Jewish state weren’t Jews,” he said, repeating a claim he made in January when he said that the State of Israel was formed as “a colonial project that has nothing to do with Judaism” to safeguard European interests.

In that January speech, he said that European Jews during the Holocaust chose to undergo “murder and slaughter” over emigration to British-held Palestine.

However, on Monday, Abbas claimed that Adolf Hitler, whose Nazi regime was response for the murder of 6,000,000 Jews in the Holocaust, facilitated the immigration of Jews to Israel by reaching a deal with the Anglo-Palestine Bank (today Bank Leumi) under which Jews who moved to the British Mandate of Palestine could transfer all their assets there through the bank.