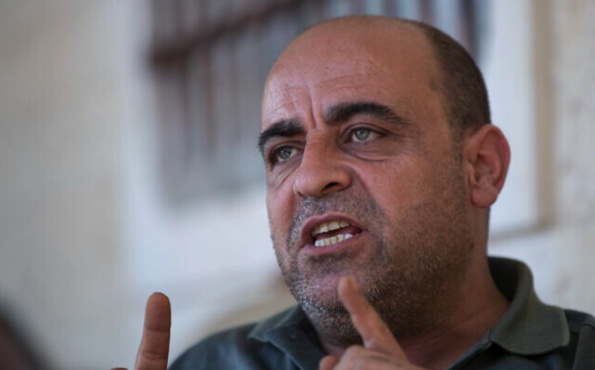 A year on, Nizar Banat’s killing sheds light on PA corruption, but justice is on hold

Nizar Banat was no stranger to the rough and tumble of West Bank politics during his life, which he lost in a savage beating last summer at the age of 42.

In his final months, the civil rights activist and frequent critic of the Palestinian Authority sensed that things had taken a perilous turn. Less than a month before his death, masked assailants barraged his home with bullets, tear gas, and stun grenades.

Nizar happened to be breaking his Ramadan fast at his uncle’s house that night, but his wife, Jihan, and their four terrified children, all under 10 years old, were besieged inside.

That ordeal convinced Banat to move from the town of Dura, on the outskirts of Hebron, into the West Bank city itself. He took up residence in a building adjacent to his cousins’ apartment. The danger of being killed for his politics hung over him still. Threatening messages from anonymous callers made that clear.

Jihan says that her husband knew his days were numbered and he confided in her that moving out was meant to spare his children the sight of their father’s murder. As if persecution had only strengthened his resolve, Banat continued to speak his mind about the PA to his more than 100,000 Facebook followers.