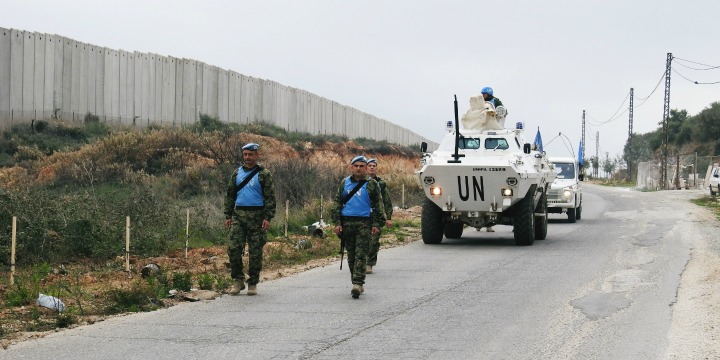 A UNIFIL Paralyzed by Hezbollah Serves No Purpose: Israeli Official

The Security Council must act to “significantly improve” the capabilities of the UN peacekeeping force in southern Lebanon, a top Israeli official said on Monday.

Speaking at a meeting held to discuss Resolution 1701, which ended the Second Lebanon War in the summer of 2006, Danon called for the council to take steps to increase UNIFIL’s access and freedom of movement.

“If Hezbollah continues to paralyze UNIFIL operations and intensify its terrorism operations in the region, there will be no choice but to begin making decisions on the purpose of the UN organization in its present form,” Danon stated.

UNIFIL’s mandate is being reviewed ahead of its annual August renewal.

Last year, Danon welcomed changes to the mandate that he said sent “a clear message to the Lebanese government — restrain Hezbollah.”