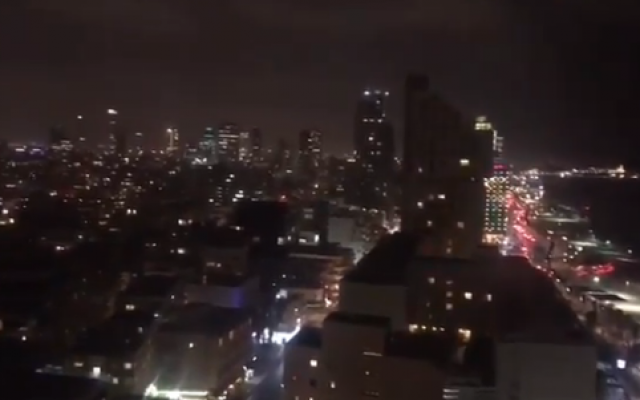 The growing assumption among Israeli army officials is that Thursday’s rockets were fired from Gaza toward Tel Aviv by mistake, a defense official said Friday.

Low-level Hamas forces are believed to have been responsible for the launches.

In response to the two rockets fired at Tel Aviv, which did not hit residential areas and caused no direct injury, Israeli war planes hit over 100 Hamas targets in the Gaza Strip overnight Thursday-Friday. Israel holds Hamas, the Islamist terror group that rules the Strip, responsible for any attacks emanating from the coastal enclave.

Warning sirens went off three times during the night in Israeli border communities near Gaza and once more on Friday morning, with Palestinians firing nine rockets at Israel.

The army said six were intercepted by Israel’s Iron Dome missile-defense system and one failed to clear the border. A further two rockets apparently fell in an open field. There were no reports of injuries or damage, although rocket fragments were discovered in a Sderot school.

The Israeli strikes on Gaza came after an urgent late night consultation between Prime Minister Benjamin Netanyahu and his defense chiefs in Tel Aviv.  “Decisions were taken,” an Israeli official said without elaborating.