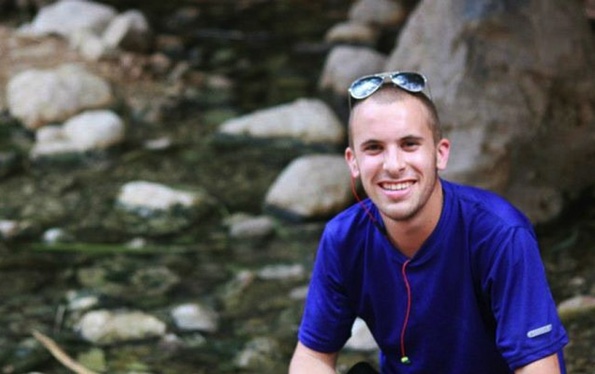 Exactly eight years after he was laid to rest in Jerusalem’s Mount Herzl, dozens of friends and loved ones gathered last Wednesday evening to commemorate Max Steinberg, an American lone soldier who fell in 2014 during Operation Protective Edge.

Near the familiar names of soldiers who died more recently, a canopy was erected and stools laid out, but it was standing room for most of the more than 100 visitors. After the speeches and recitations of psalms, the visitors laid candy belts— Max’s favorite— on the red and yellow coneflowers that have since sprouted on his gravesite, and stopped to speak with his parents and brother.

Reminiscent of Steinberg’s funeral, dozens of participants who had never met Max or his family were at the memorial, inspired by his story to attend. “It’s rare that I come and don’t find someone here,” longtime friend Jason Rosen said of Max’s gravesite.